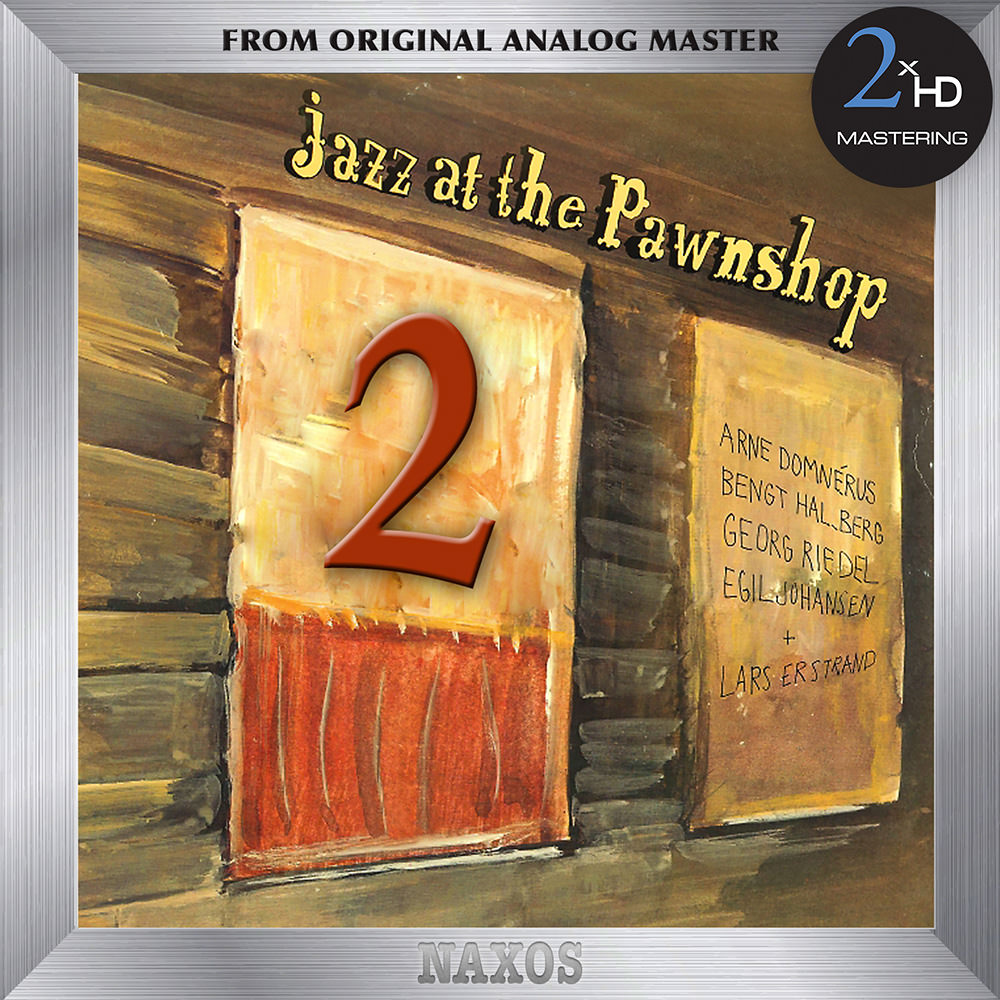 Jazz At The Pawnshop 2

Available in 192 kHz / 24-bit, 96 kHz / 24-bit AIFF, FLAC and 5.6448 MHz, 2.8224 MHz DSD high resolution audio formats
"... a huge step forward in sound recording techniques where jazz is concerned. The recordings have a 'live' quality not present in many others." - MusicWeb International "... widely regarded as one of the most natural-sounding jazz recordings of all time ... a long-standing audiophile reference ... contains excellent music and performances." - EnjoytheMusic.com "You hear the clink of glasses, the chime of the bell to acknowledge a tip, the burr of conversation. It all fits; that intimate club atmosphere that sparks jazz at its best. You feel as though you're there. Which is (engineer) Palmcrantz’s triumph and why Jazz At The Pawnshop is likely to continue to fascinate both jazz and audio fans for a good many years to come." - All About Jazz This album captures more of the magic recorded in December 1976 over two nights at the intimate Pawnshop jazz club in Stockholm, now considered among of the most famous audiophile recording in music. Both the musicianship and the engineering are peerless on this enduring classic: the recording engineer used one pair of microphones spaced eight inches apart for the main pick-up, with a couple of microphones placed to register the “live” atmosphere and a few discrete support mikes, all recorded on a pair of two-track Nagra tape recorders in the restaurant kitchen! These live songs have already appeared on the 30th anniversary triple album edition of Jazz At The Pawnshop.
192 kHz / 24-bit, 96 kHz / 24-bit PCM and 5.6448 MHz, 2.8224 MHz DSD – 2xHD - Naxos Studio Masters

88.2 kHz / 24-bit PCM, mastered in 192 kHz / 24-bit and 96 kHz / 24-bit For the 2xHD transfer of this recording, the original 1/4”, 15 ips CCIR master tape was played on a Nagra-T modified with high- end tube playback electronics, wired with OCC silver cable from the playback head direct to a Telefunken EF806 tube. The Nagra T has one of the best transports ever made, having four direct drive motors, two pinch rollers and a tape tension head. We did an analog transfer for each high-res sampling and A & B comparisons were made with the original LP, using the KRONOS turntable with a BLACK BEAUTY tone arm. Each format (96kHz, 192kHz, DSD2.8mHz and DSD5.6mHz) was created using Merging Horus/Hapi A/D converter, calibrated to the required format, and a dCS Vivaldi clock. 2xHD Mastering: René Laflamme 2xHD Executive Producer: André Perry