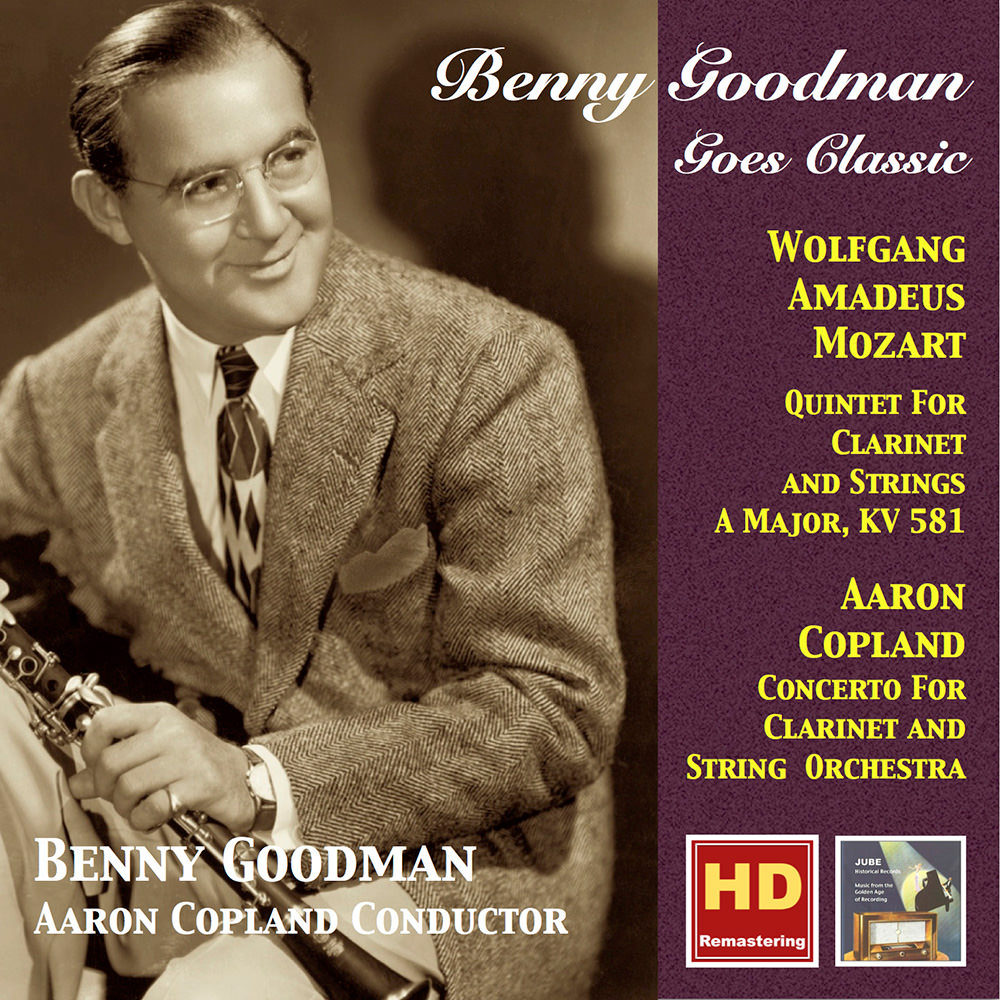 Regrettably, this album is not available
for sale at this time.
Benny Goodman may have earned the nickname "The King of Swing" for his work in jazz, but he also had a lifelong fascination with classical music. He had recorded Mozart's Clarinet Quintet in A Major as early as 1938 with the Budapest String Quartet; in 1951 Goodman joined the American Art Quartet for the groundbreaking version included here. This remastered re-release also features Goodman's 1963 recording of Aaron Copland's Clarinet Concerto, commissioned by Goodman in 1947 and conducted by Copland himself.

"I made no demands on what Copland should write. He had completely free rein, except that I should have a two year exclusivity on playing the work. I paid 2000 dollars and that's real money. At the time there were not too many American composers to pick from ... Aaron and I played the concerto quite a few times with him conducting and we made two recordings ..."
- Benny Goodman
This album is a high-resolution digital transfer of material originating from an analogue recording. It may be limited in bandwidth and dynamic range by the technology available at the time of its original creation, and is offered as a high-quality documentation of a historical release.