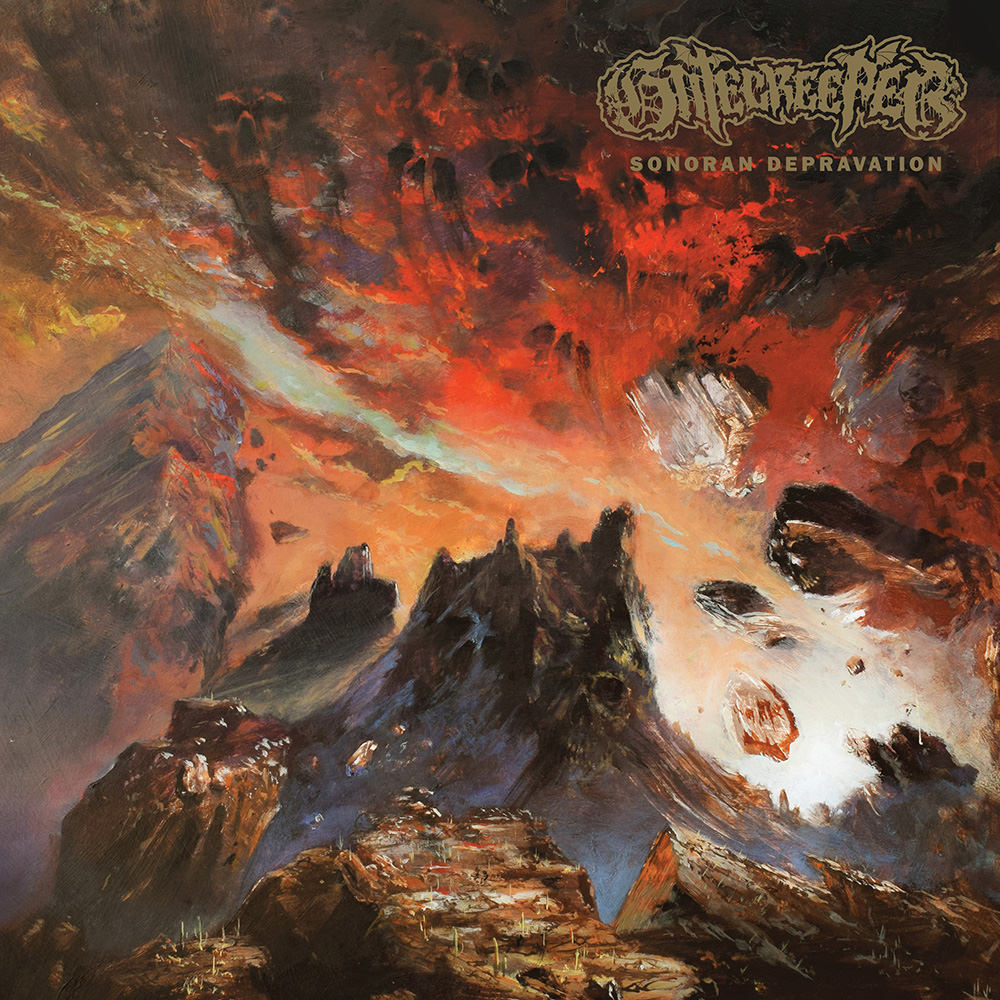 Available in 96 kHz / 24-bit AIFF, FLAC high resolution audio formats
"Gatecreeper's appeal spreads beyond death metal audiences and into the hardcore arena ... (the album) reflects the prickly intermingling of genres and cities, raw with emotion and a pervasive ferocity ... Gatecreeper's approach on tracks like Sterilized or highlight Stronghold emphasize death metal as a primary style ... take some time to expose yourself to the furnace blast heat of Gatecreeper's new album ..." - Noisey "... some of this year's best Swedish-style death metal from this side of the Atlantic ... finds Gatecreeper pouring voracious crust-punk over doom metal unearthed straight from the depths of the Grand Canyon. That the band are from the Southwest is obvious, as it seeps into every bit of this record ... wildly dynamic, demonstrating the band's sheer might at points and sounding alternately overblown and agile ... music both born from and dedicated to the Wild West." - Exclaim! Arizona's Gatecreeper unleashes nine monstrous songs of low-end, old-school death metal on this savage debut album Sonoran Depravation. Produced by Ryan Bram at Homewrecker Studios and mixed by Kurt Ballou (Converge, Nails, Black Breath), Sonoran Depravation tears and chugs through crusty, doom-soaked death metal at its most infectious and uncompromising with a massive sound that calls to mind the classic Swedish buzzsaw attack of Dismember and Grave mixed with the impeccable groove of Obituary and Bolt Thrower. Gatecreeper is here to carry the death metal torch for a new generation and will shake the foundation to its core.
96 kHz / 24-bit PCM – Relapse Records Studio Masters

All tracks are of limited bandwidth utilization to approximately 25.5 kHz