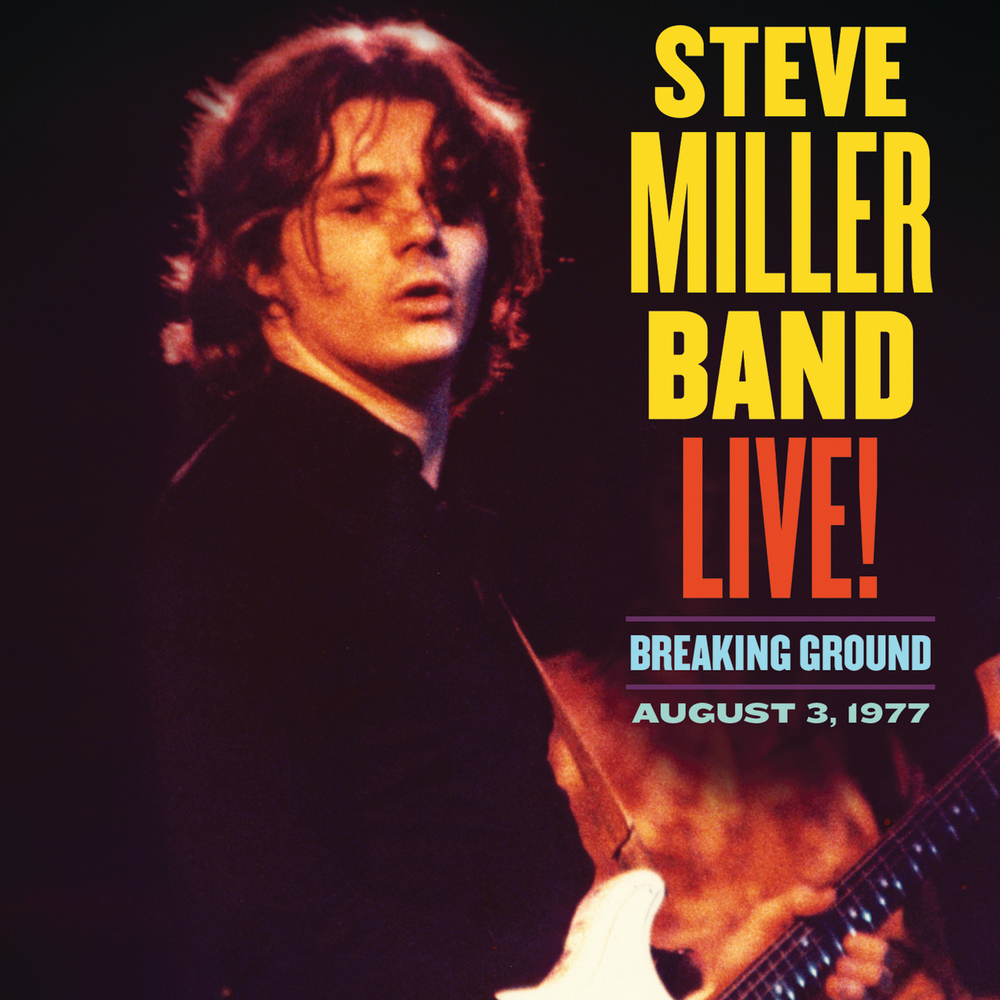 Available in 96 kHz / 24-bit AIFF, FLAC high resolution audio formats
“Breaking Ground captures the Steve Miller Band on stage in one of their biggest years, 1977. They were at a perfect crossroads of psychedelic zeal and progressive, popcraft while staying true to Miller's first love, the blues.” - David Fricke (Music Journalist) Guitarist, multi-platinum-selling singer-songwriter, bandleader, Rock and Roll Hall of Fame inductee, and Songwriters Hall of Fame electee Steve Miller has dug deep into his archives and found an unreleased, full-length concert recording, Steve Miller Band Live! Breaking Ground: August 3, 1977, arriving via Sailor/Capitol/UMe. Says Miller: “This show from August of 1977 at the Cap Center in Landover, Maryland, captures the band right at the peak after The Joker, and in the middle of Fly Like an Eagle and Book of Dreams, a stream of hits…We decided to call it Breaking Ground because that's exactly what we were doing.” Live! Breaking Ground: August 3, 1977 captures Miller’s legendary 1977 lineup at the beginning of the band’s turn from playing ballrooms and theatres to arenas and football stadiums. Recorded at the Capital Centre in Landover, MD on multi-track tape and newly mixed and mastered by Miller and his veteran audio engineer Kent Hertz.
96 kHz / 24-bit PCM – UME Direct Studio Masters