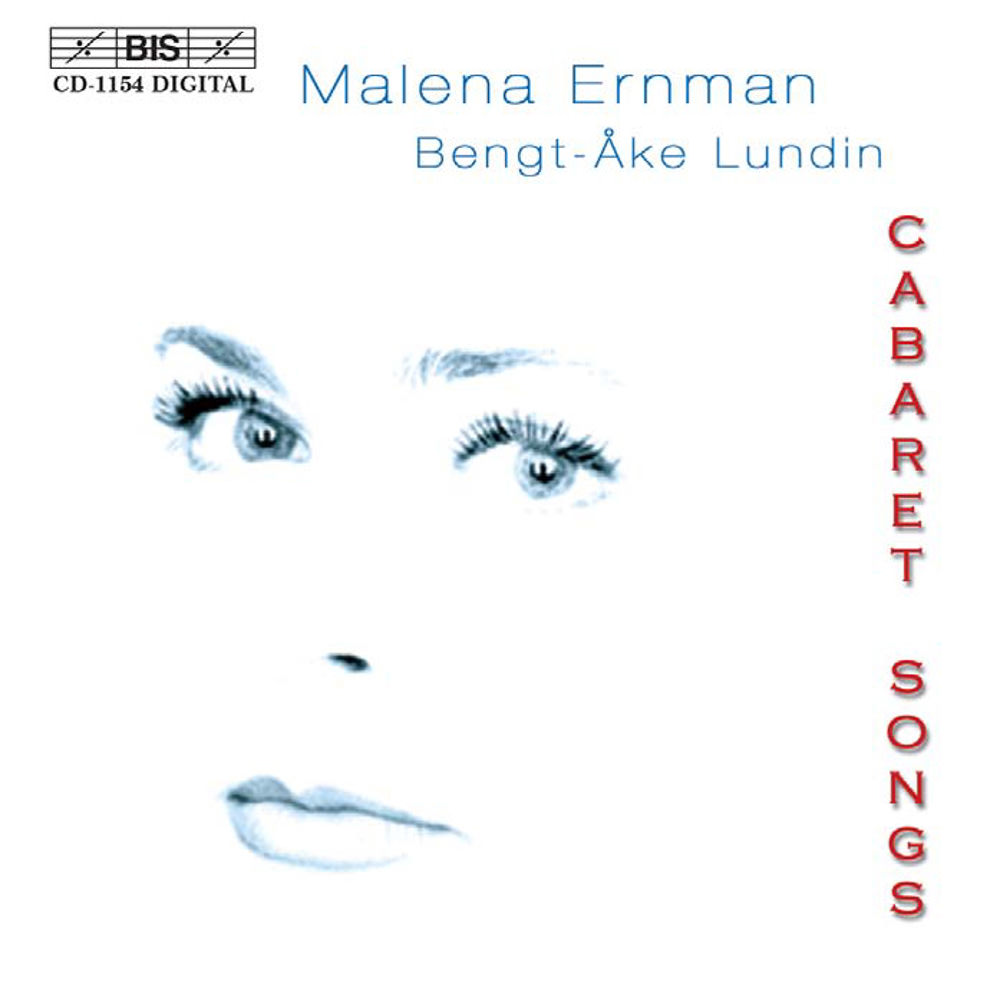 Available in 44.1 kHz / 24-bit AIFF, FLAC audio formats
"The command and clarity mezzo-soprano Malena Ernman brings to the Bolcom group is quite remarkable when you consider that English is not (her) mother tongue. In fact, she sings clearer English than many American vocalists I’ve heard attempt these gems ... the relatively modest musical and dramatic dimensions of the four Holländer songs inspire the disc’s peppiest, most characterful and most emotionally engaged interpretations." - ClassicsToday.com "Editor's Choice ... Malena Ernman grabs the listener’s attention in her debut album‚ make no mistake. She plunges into the deep end by beginning with William Bolcom’s ultra­sophisticated cabaret songs that indicate at once the breadth of style and diversity of timbre ... the Weill songs‚ sung in less than convincing French‚ are charming; Ernman’s quiet singing with the creamy top floating through the phrases brings special delight. Best of all in this respect is the entertaining Holländer group ..." - Gramophone "... she seems to me an absolutely super singer and if the repertoire appeals ... maybe even if it doesn’t, you should go out and get this. The Bolcom songs will probably be viewed one day as 20th century classics and the Weill have all his timeless bittersweet qualities ... the pianist is so good I hardly noticed him (I intend this as a compliment). At first the recording seemed to have the voice a little backward compared with the piano, but I came to appreciate it as a true concert hall balance." - MusicWeb International International superstar Malena Ernman made a great impact on the music world with this highly acclaimed debut album, released in October 2001. Beautifully accompanied by pianist Bengt-Åke Lundin, the Swedish mezzo-soprano sings English, French and German repertoire by Bolcom, Britten, Holländer and Weill.
44.1 kHz / 24-bit PCM – BIS Studio Masters