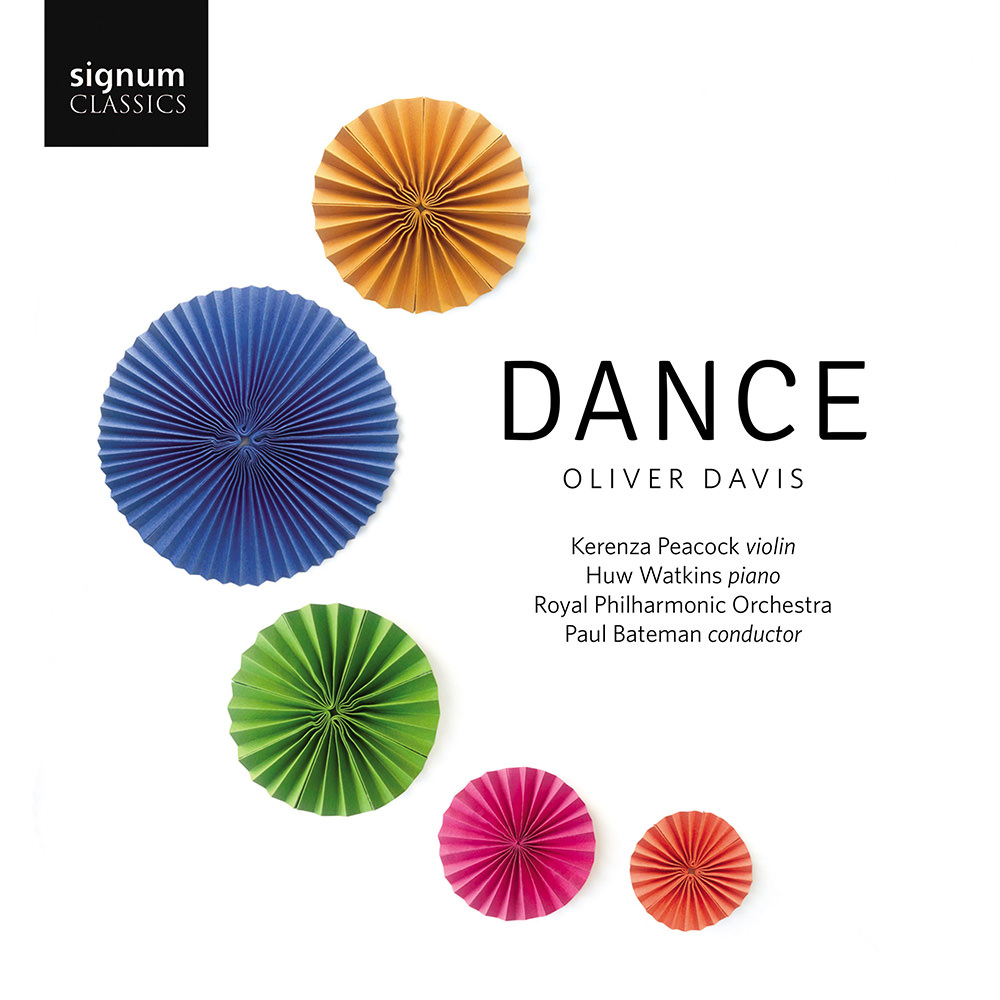 Dance forms the final part of a trilogy devoted to British composer Oliver Davis, following the huge success of Flight and Seasons. This project started as a concept album, using the title as the inspiration for the works. Though several of the pieces embrace the composer’s background collaborations in ballet, there are others influenced by violinist Kerenza Peacock’s connection to folk music. Recorded at Abbey Road Studios, the album also features pianist Huw Watkins joining Paul Bateman and the Royal Philharmonic Orchestra.

"With this album I was keen to explore the various traditional forms of dance, including its role in folk music. In the opening movement of Dancing Folk I used the Bavarian dance form Zwiefacher, the rhythmic complexity of which appealed to me. I then searched for other contrasting dance styles, which resulted in the hoedown style of the middle movement and a calypso feel to the last."
- Oliver Davis
44.1 kHz / 24-bit PCM – Signum Records Studio Masters