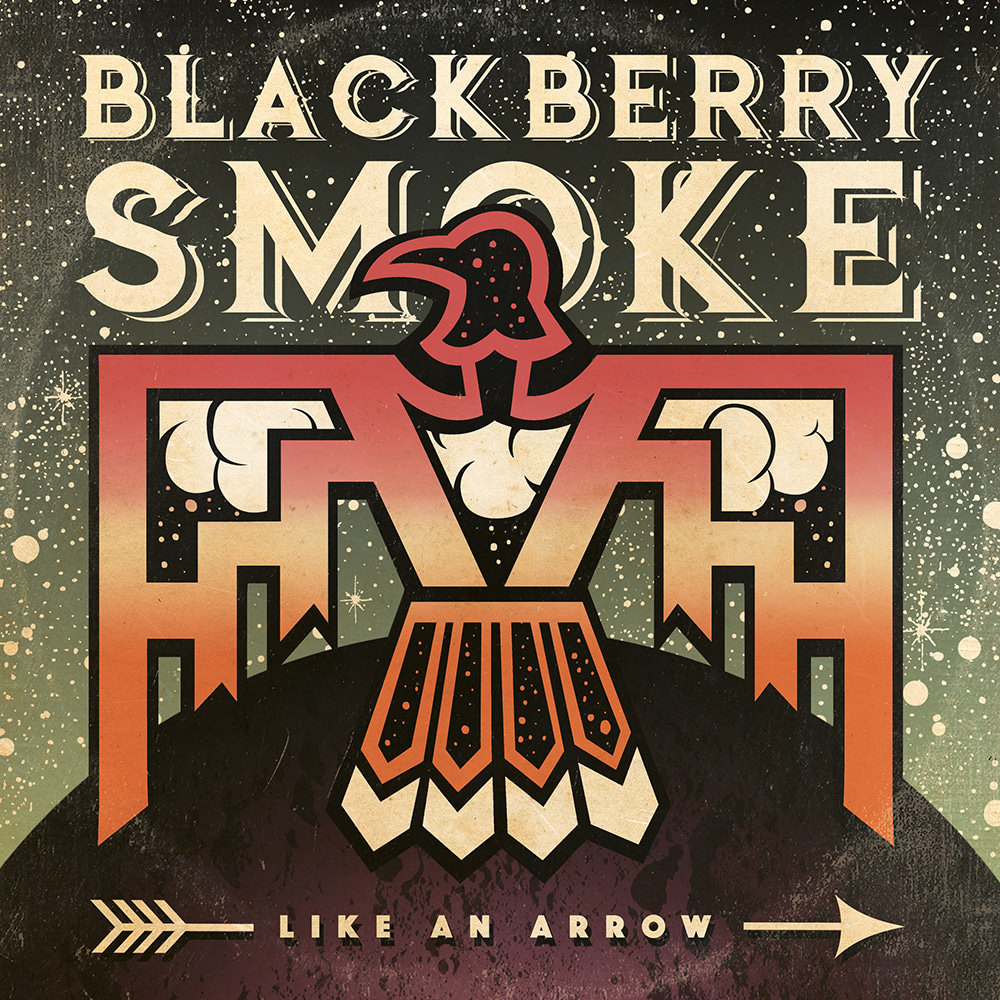 "With a slashing guitar riff and ominous lyrics about impending doom, Waiting for the Thunder announces the latest album from Blackberry Smoke ... a heavy dose of pure rock ..."
-Rolling Stone

"While the group’s direction stays rooted in the red clay soil that has created its solid and growing fan base, they expand their boundaries, at least slightly, for Like an Arrow ... some of the hardest, most powerful tracks in Smoke’s studio history ... conversely, lower wattage, more pensive material ... display a more sensitive side ... there’s a sense of sureness to the songwriting, playing and Charlie Starr’s singing that reflects a decade and a half of the same dudes slinging it out together on the endless highway ... for those whose eyes glaze over in rapture when the name Ronnie Van Zant gets mentioned, Blackberry Smoke fills the bill for the next generation ... with plenty of talent, tons of drive and no apologies."
- American Songwriter

Atlanta-based Southern country rock group Blackberry Smoke moves closer toward the rock side with Like an Arrow, the follow-up to 2015's number one country album Holding All the Roses. As if to herald the heavier orientation, the first single released is perhaps Blackberry Smoke's hardest tune, Waiting for the Thunder. The band’s musical inspiration Gregg Allman makes a special guest appearance on the closing song, Free On the Wing.