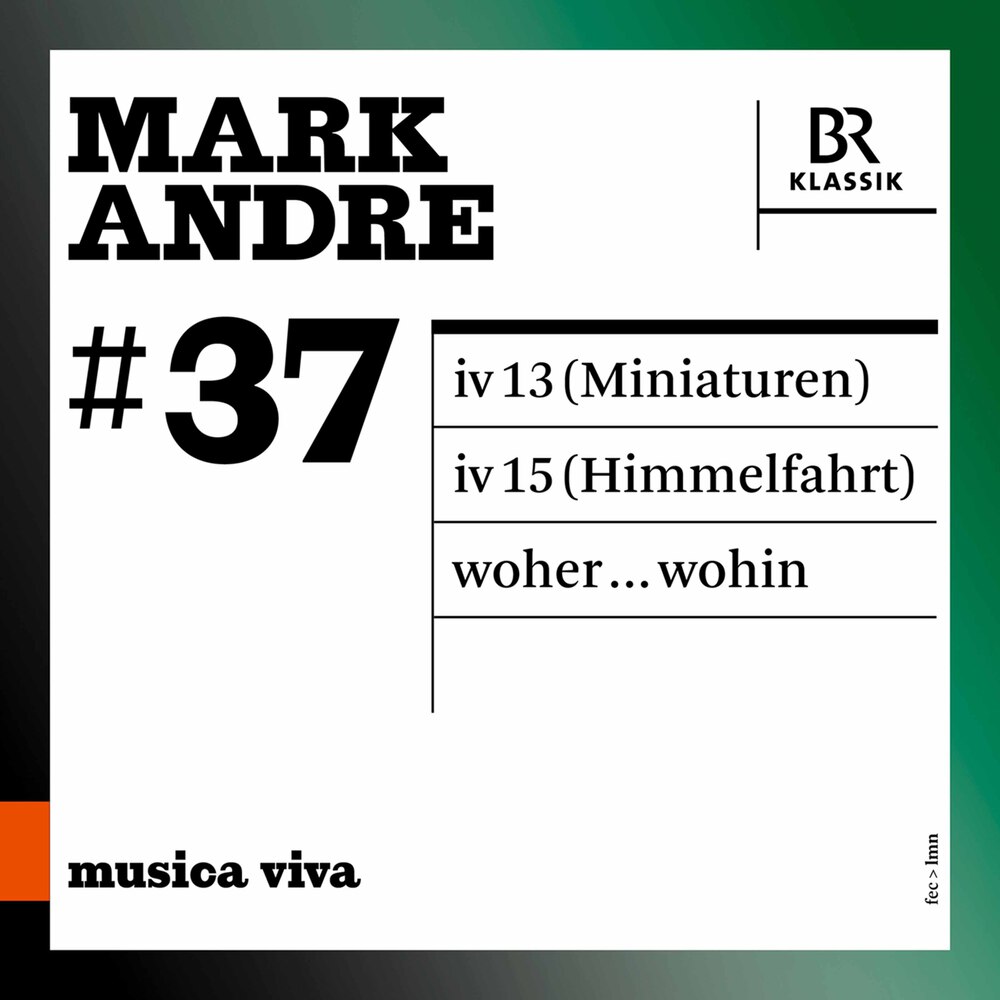 Available in 48 kHz / 24-bit AIFF, FLAC audio formats
The German-French composer Mark Andre (*1964) is one of the most important representatives of New Music. His twelve "Miniatures" for string quartet were composed in 2014/17 as a commission from the Arditti Quartet, Bavarian Radio's "musica viva", the Festival d'Automne à Paris and the ProQuartet-CEMC, funded by the Ernst von Siemens Music Foundation. Andre created his organ work "Himmelfahrt" (Ascension), funded by the Siemens Music Foundation, in 2018 on behalf of the Evangelical Church in Germany. The orchestral work "woher... wohin" was written between 2015 and 2017 as a composition commission by BR's "musica viva" in conjunction with the Happy New Ears prize for composition from the Hans and Gertrud Zender Foundation. The live recordings of all three works are now being released in the album edition of Bavarian Radio's "musica viva" concert series on BR-KLASSIK. The album edition of the Bavarian Radio concert series "musica viva", which began in 2000, has been continued since autumn 2020 together with BR-KLASSIK. On the occasion of the 75th anniversary of "musica viva" (the concert series was founded by Karl Amadeus Hartmann in 1945), recordings with works by the contemporary composer Rebecca Saunders (*1967) and the composer Enno Poppe (*1969) appeared as first releases in October 2020. The edition is now being continued with works by Mark Andre (*1964). All the recordings feature live recordings made at "musica viva" concerts with the Bavarian Radio Chorus, the Symphonieorchester des Bayerischen Rundfunks, and renowned soloists.
48 kHz / 24-bit PCM – BR-Klassik Studio Masters