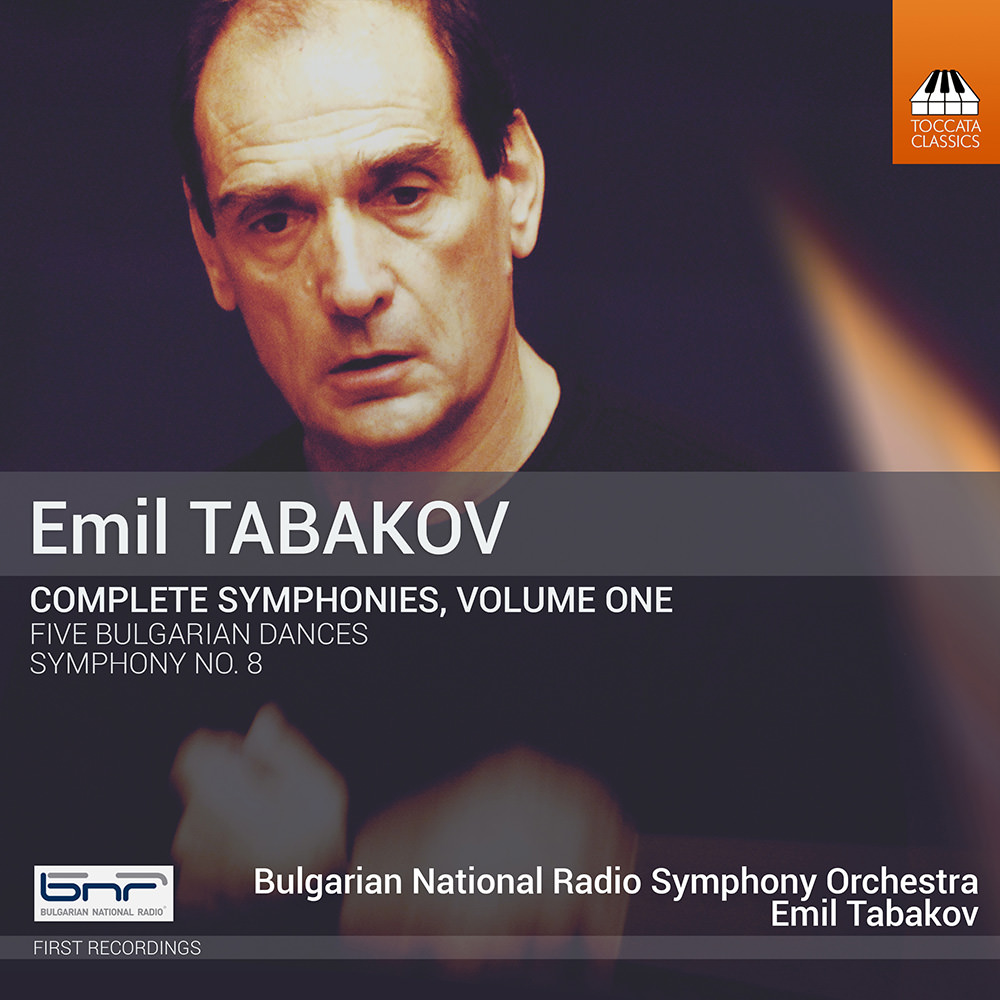 Available in 48 kHz / 24-bit AIFF, FLAC audio formats
Bulgarian composer and conductor Emil Tabakov prefers to write for large forces and counts nine symphonies to his credit. Like Mahler, Tabakov’s symphonies explore the darker side of the human spirit in epic scores as austere as they are powerful, as showcased here by the Bulgarian National Radio Symphony Orchestra conducted by Tabakov himself. On the atmospheric and expansive Symphony No. 8, the dynamism suppressed in the first two movements is released in a cathartic discharge of energy in the finale. The ebullient Five Bulgarian Dances, receiving their world premiere, provide a complete contrast, taking Balkan folk rhythms as the basis for their intense vigour.
48 kHz / 24-bit PCM – Toccata Classics Studio Masters