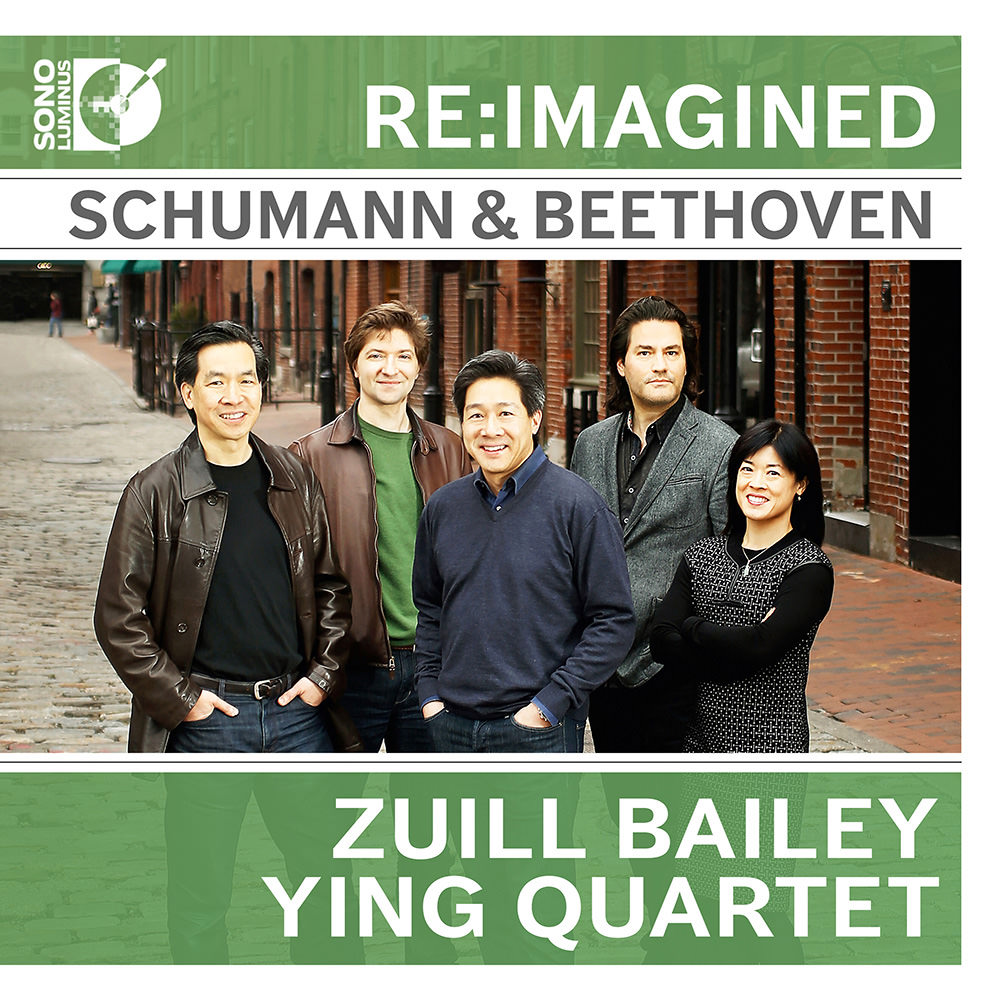 Available in 352.8 kHz / 24-bit, 192 kHz / 24-bit, 96 kHz / 24-bit AIFF, FLAC and 5.6448 MHz, 2.8224 MHz DSD high resolution audio formats
The Ying Quartet and cellist Zuill Bailey have been collaborating for years, mostly on popular standards. With this release, however, they explore repertoire for cello quintet beyond the common by reframing two celebrated works as their own. Re:Imagined includes a world premiere recording of their own arrangement of Schumann's Cello Concerto along with an 1832 version of Beethoven's masterpiece, the "Kreutzer" Sonata, originally composed for violin and piano.
352.8 kHz / 24-bit, 192 kHz / 24-bit, 96 kHz / 24-bit PCM and 5.6448 MHz, 2.8224 MHz DSD – Sono Luminus Studio Masters