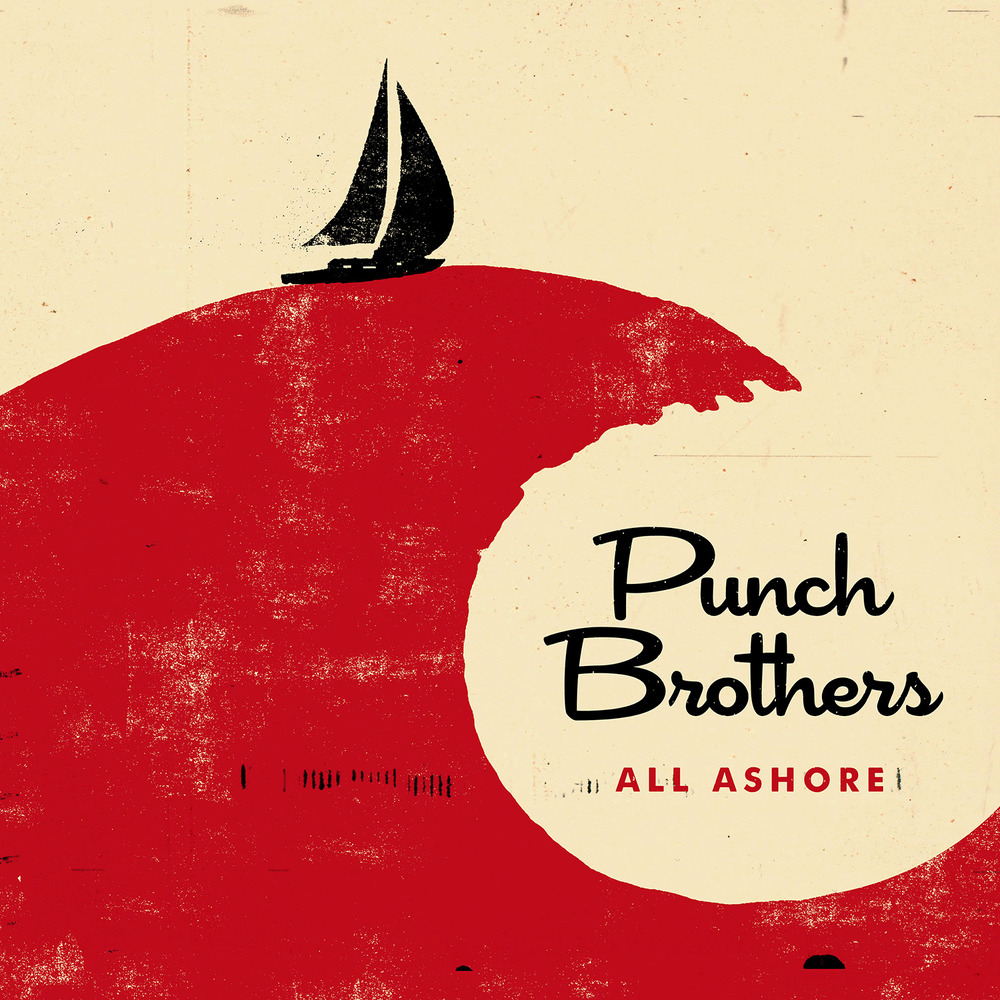 Available in MQA and 96 kHz / 24-bit AIFF, FLAC high resolution audio formats
All Ashore, Punch Brothers' fifth album and the first to be self-produced by the quintet, is both ambitious and easygoing, a lot like the "ridiculously eclectic" combo, as London's Guardian once called the band. The work has the feel of a nine-song suite, one that invites you to unravel the threads of its connected themes and stories over repeated listening. Each track segues seamlessly, even a little sneakily, into the next. Before you know it, "The Angel of Doubt," a dark-night-of-the-soul drama featuring a vocal from singer-mandolinist Chris Thile, has glided into "Three Dots and a Dash," an instrumental that veers from ruminative to rave up, named in tribute to a classic Tiki cocktail, Thile's latest recreational obsession. Thile calls All Ashore "a meditation on committed relationships in the present day, particularly in light of the current unsettled political climate—certainly the most unsettled one that anyone in the band has ever experienced." He continues, "We were hoping we could create a thing that would be convincing as a complete thought, sort of a nine-movement or a nine-song thought, even though it's rangy in terms of what it's talking about and in the characters doing the talking." In a more pronounced way than on prior albums, All Ashore comes across as a glimpse into Punch Brothers' current real life, as these artists who have spent more than a dozen years playing together grapple with marriage, family, and their ever-accelerating individual careers as producers, composers, arrangers, and front men. On the album's early tracks, it candidly addresses the state of their own world. In smart and satirical later songs like "Jumbo" and "All Part of The Plan," it tackles the state of our collective one. Understated ballad "The Gardener" poignantly combines the personal and political in its evocation of a dedicated tradesman who brings beauty to a family's garden but remains a stranger, a mysterious other, to them, only glimpsed occasionally from a window.
96 kHz / 24-bit PCM – Nonesuch Studio Masters