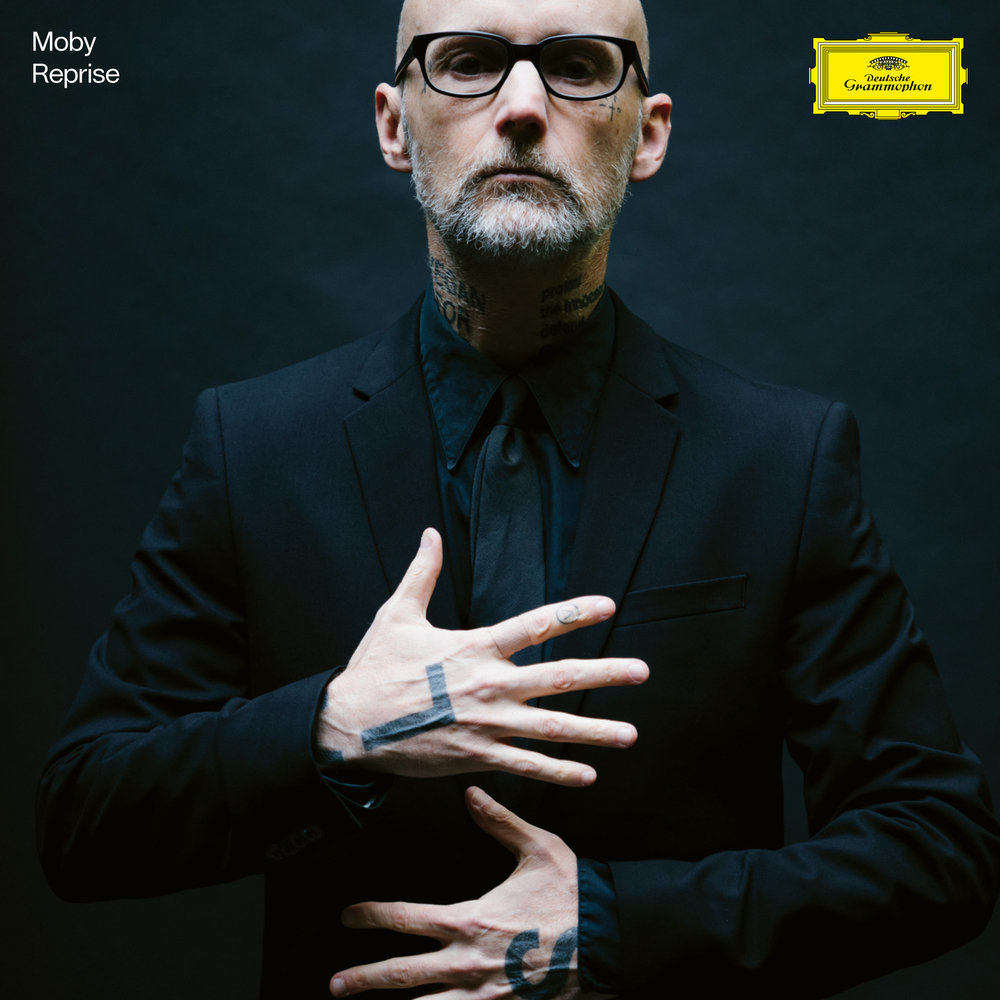 Available in 48 kHz / 24-bit AIFF, FLAC audio formats
Musical pioneer Moby releases his new album Reprise via Deutsche Grammophon. The album sees Moby revisiting and reimagining musical highlights from his past. Together with Hungary’s Budapest Art Orchestra, he has re-envisioned some of his most recognizable rave classics and anthems. Some of the new versions are sparser, slower and more vulnerable, while others exploit the bombastic potential an orchestra can offer. Three decades into his career, Reprise is less of a Greatest Hits record and more of a chance to reflect on the way in which art can adapt over time to different settings and contexts. The idea for revisiting and re-imagining songs from his entire “career” came about seven years ago, he recalls. At the time, Moby had finally accepted that he hated the big machine of major global touring. He started to do stripped-down acoustic shows in people's backyards or small theatres. “There was an unadorned vulnerability,” he says of these small, humble sets, “and that emotional directness really appealed to me, especially contrasted to the manufactured bombast of a traditional big concert.” The recording of Reprise started small, as his records often do, with Moby alone in his studio; deciding which songs to revisit, and then coming up with basic orchestral arrangements. After leaving his small home studio, Moby went to East-West Studios in LA, recording in Studio 3 where Brian Wilson famously made Pet Sounds. After tracking piano and guitar and percussion and drums and chamber orchestra in LA, Moby decided it was time to move the production to Hungary to record with the Budapest Art Orchestra. At the last minute Moby elected not to personally go to Budapest, humbly admitting that with zero prior experience of recording an orchestra he would have just been getting in the way. “My position in Budapest would have been arbitrary and ceremonial,” he says, “I did all of the basic arrangements in LA and then handed them over to an orchestrator who actually knows how to get 100 classical musicians to play at the same time.” The results of these orchestral versions have helped Moby further his ponderings on what ultimately is the utility of music, particularly music that doesn't necessarily fit current trends. “Sorry if this seems self-evident, but for me the main purpose of music is to communicate emotion,” he offers, “to share some aspect of the human condition to whomever might be listening.”
48 kHz / 24-bit PCM – Deutsche Grammophon (DG) Studio Masters