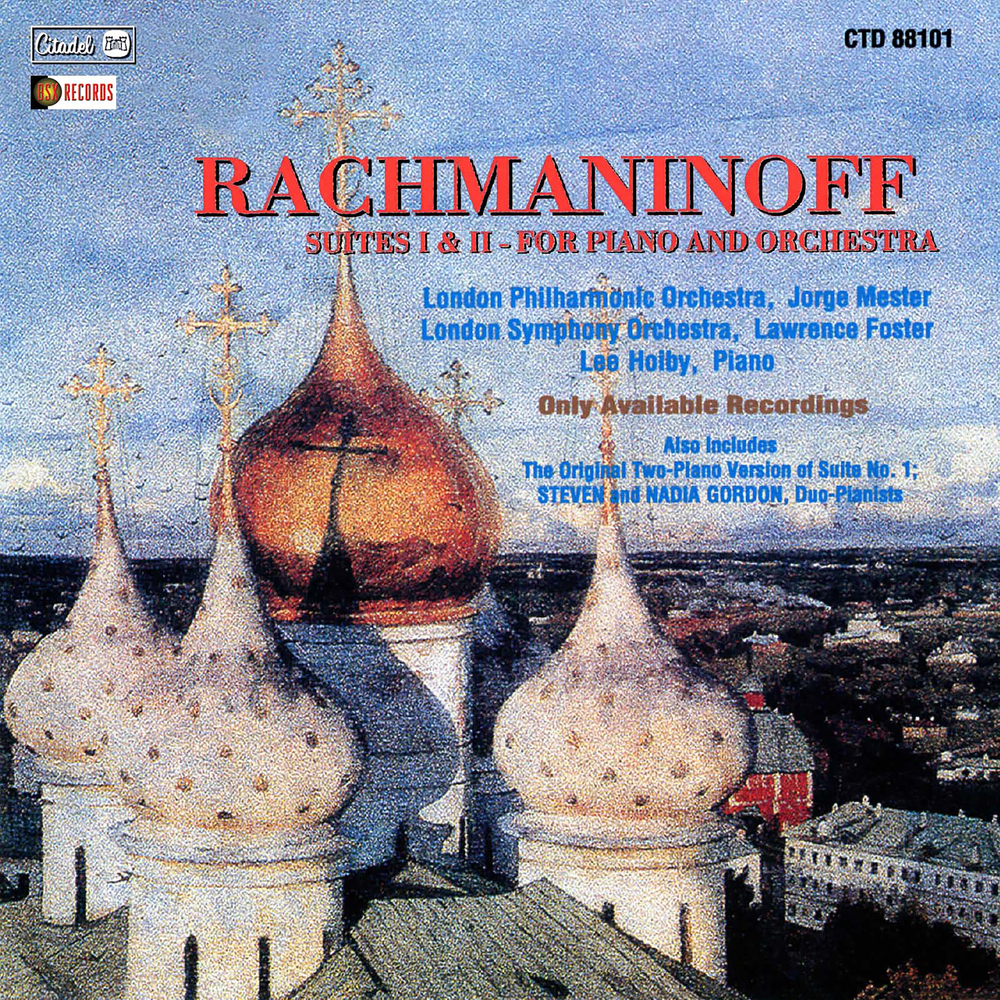 Rachmaninoff: Suites I & II - For Piano And Orchestra

Available in 44.1 kHz / 24-bit AIFF, FLAC audio formats
Citadel presents Rachmaninoff's Suites I & II, for Piano and Orchestra, performed by Lee Holby on piano, back by the London Philharmonic Orchestra conducted by Jorge Mester, and the London Symphony Orchestra conducted by Lawrence Foster! Suite No. 1 in G Minor, Op. 5, is a work for two pianos by Sergei Rachmaninoff. Written in the summer of 1893 at the Lysikof estate in Lebeden, Kharkov, it was initially titled "Fantaisie-tableaux" because Rachmaninoff intended it, as he explained in a letter to his cousin Sofia Satin, to consist "of a series of musical pictures." Dedicated to Tchaikovsky, the work was premiered on November 30, 1893, by Rachmaninoff himself and Pavel Pabst, in Moscow. Suite No. 2, Op. 17, is a composition for two pianos by Sergei Rachmaninoff, written in Italy in the first months of 1901. Alongside the Second Piano Concerto, Op.18, it confirmed a return of creativity for the composer after four unproductive years caused by negative critical reception towards his First Symphony. The Suite was first performed on November 24 that year by the composer and his cousin Alexander Siloti. In contrast to the First Suite for Two Pianos, the work is not based on literature, and its form tends to approach the traditional suite.
44.1 kHz / 24-bit PCM – Citadel / Mafy Studio Masters