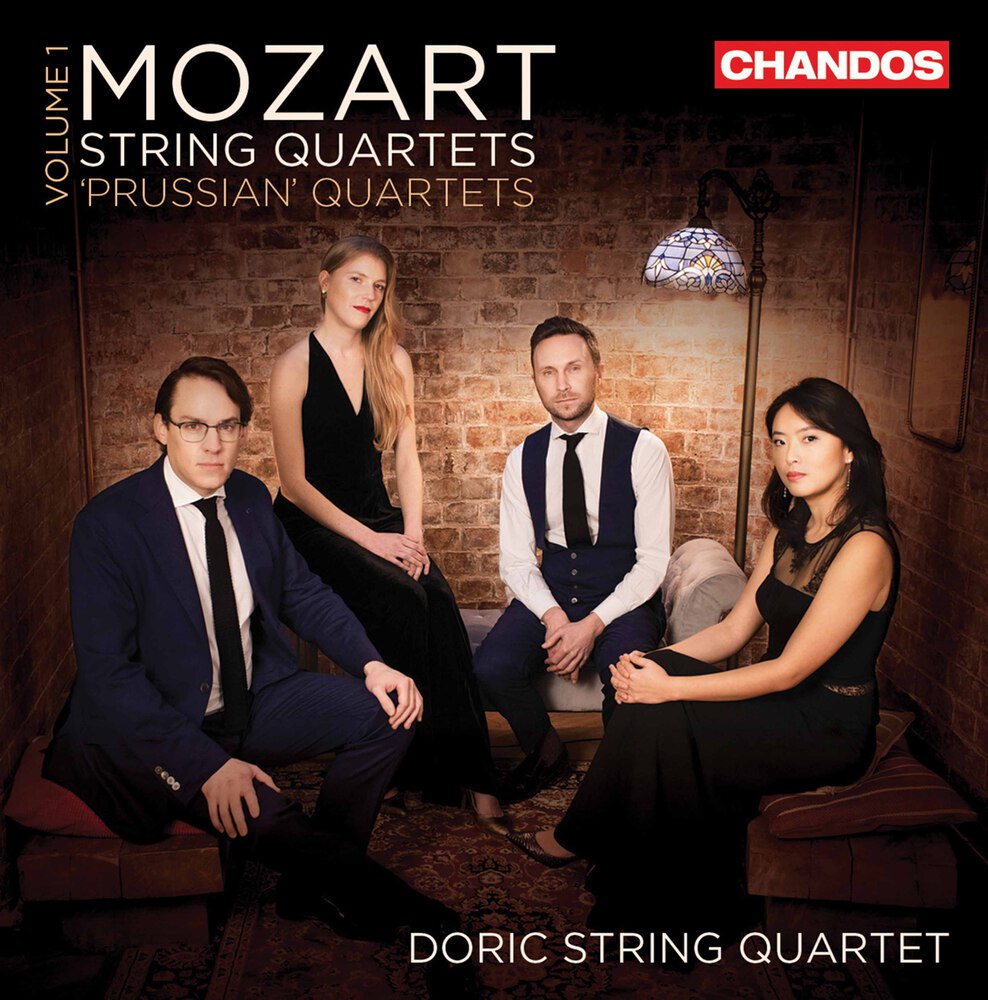 Available in 96 kHz / 24-bit AIFF, FLAC high resolution audio formats
Towards the end of his life, short of money and heavily in debt, Mozart had the opportunity to visit King Friedrich Wilhelm II of Prussia – a famous patron of the arts and a keen and above-average musician. Mozart performed for the King and left with some cash and a commission for a set of six string quartets, of which these are the only three he completed. They are ground-breaking in the way in which Mozart utilised the voicing of the instruments. King Friedrich was a viola da gamba player turned cellist, and these works feature extensive melodies for the cello, usually in a high register, thus emancipating the cello from the bass line and introducing a more evenly blended texture. Firmly established as one of the leading quartets of their generation, the Doric String Quartet enjoys a worldwide reputation and has performed at festivals and concert halls around the globe. Exclusive Chandos artists, the Quartet has drawn widespread critical acclaim for its recordings and won a number of prestigious awards.
96 kHz / 24-bit PCM – Chandos Studio Masters