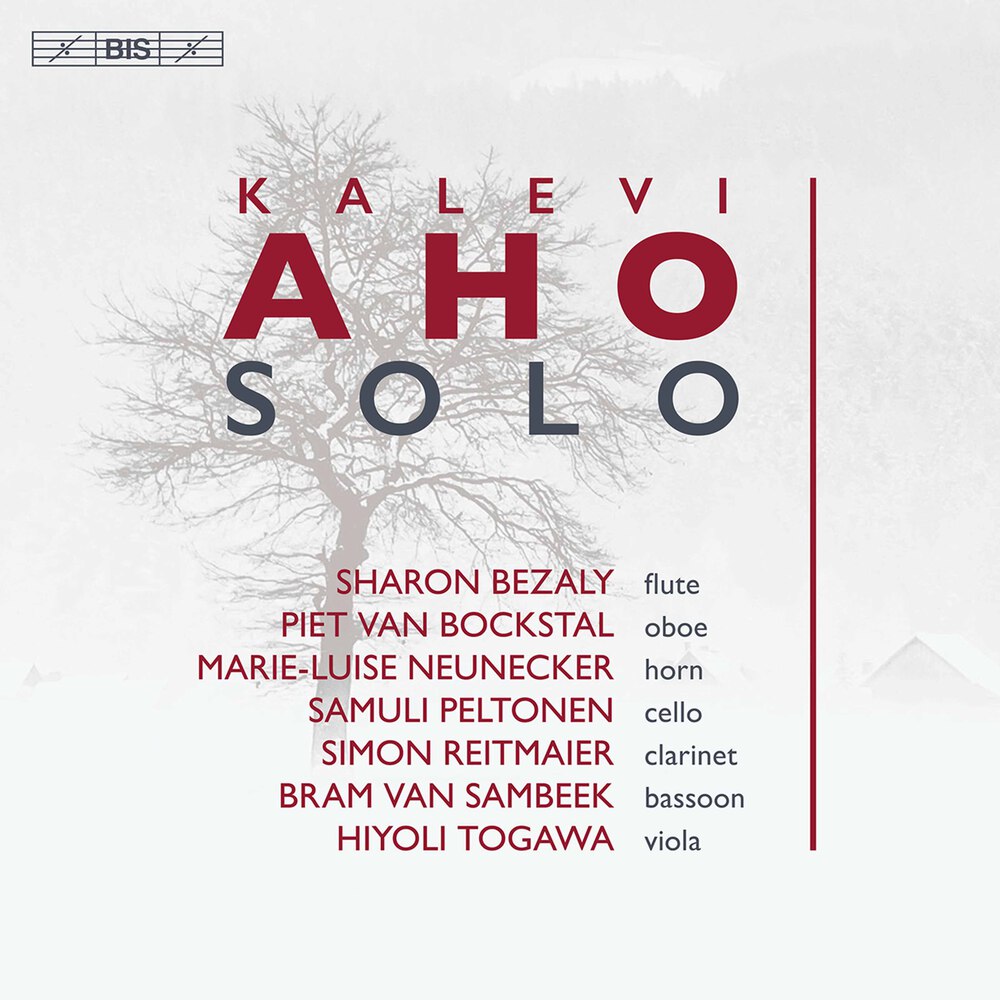 Available in 96 kHz / 24-bit AIFF, FLAC high resolution audio formats
Kalevi Aho is one of today’s most prolific composers of large-scale orchestral scores, including 17 symphonies and 32 concertos to date. Less well-known is the fact that he has also written chamber music, as well as an ever-expanding series of solo pieces – starting with Solo I for violin from 1975, the most recent in the series, for clavichord, is the 17th. Some of these pieces has originated as part of Aho’s preparations when composing a concerto for the instrument in question, while others have been written for competitions, including Solo III for flute and Solo IV for cello on the present release. This first volume of Solos gathers seven pieces in all, four of which have previously appeared as part of separate discs. Aho’s Solos share the characteristic that they pose great technical, interpretative and often also physical challenges to the performer. Most of those heard here are performed by the musicians for whom they were written, including Hiyoli Togawa (Solo XII), Piet Van Bockstal (Solo IX), Simon Reitmaier (Solo XIV) and Marie-Luise Neunecker (Solo X).
96 kHz / 24-bit PCM – BIS Records Studio Masters