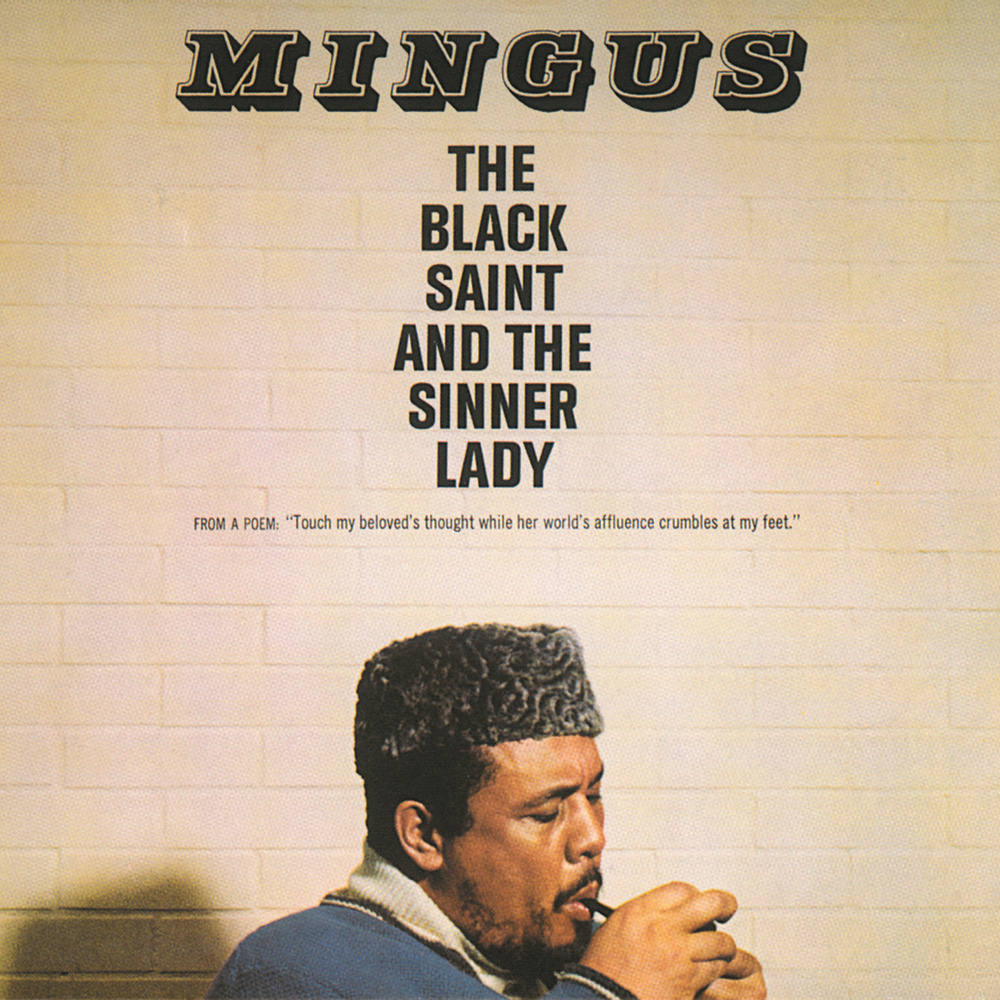 The Black Saint And The Sinner Lady

Available in 96 kHz / 24-bit AIFF, FLAC high resolution audio formats
"... the true heir to Duke Ellington for the scope and imagination with which he sought to transform jazz ... one of the greatest of all (of Mingus's many great moments) is the structurally adventurous and hauntingly eloquent 1963 work The Black Saint And The Sinner Lady." - The Guardian "Five Stars ... widely acknowledged as a Mingus masterpiece ... combined some of Mingus’s most distinctive preoccupations (Ellington, Afro-Spanish music, improv and collective improv) into a set unlike anything else he ever achieved. Of course, it relied hugely on contributions from the sidemen ..." - Jazzwise "... a feast of virtuoso performances, shifting moods and textures and detailed background work ... the pervasive voice of the entire piece is Charlie Mariano on alto sax. Mariano’s playing is wrenchingly emotional and evocative, conveying pathos, fervour and undying conviction. But as wonderful as Mariano’s work is here, this is very much a group effort ... a masterwork that should be part of any jazz collection, except perhaps of those listeners who prefer that music not challenge, inspire and move them." - All About Jazz This adventurous and pivotal 1963 album from Charles Mingus and an 11 piece band contains one extended suite, broken down into tracks and movements. Named as one of the 50 great moments in jazz by The Guardian, The Black Saint And The Sinner Lady is now considered among Mingus's greatest recordings and has become one of the most acclaimed releases in the history of jazz.
96 kHz / 24-bit PCM – Verve Reissues Studio Masters