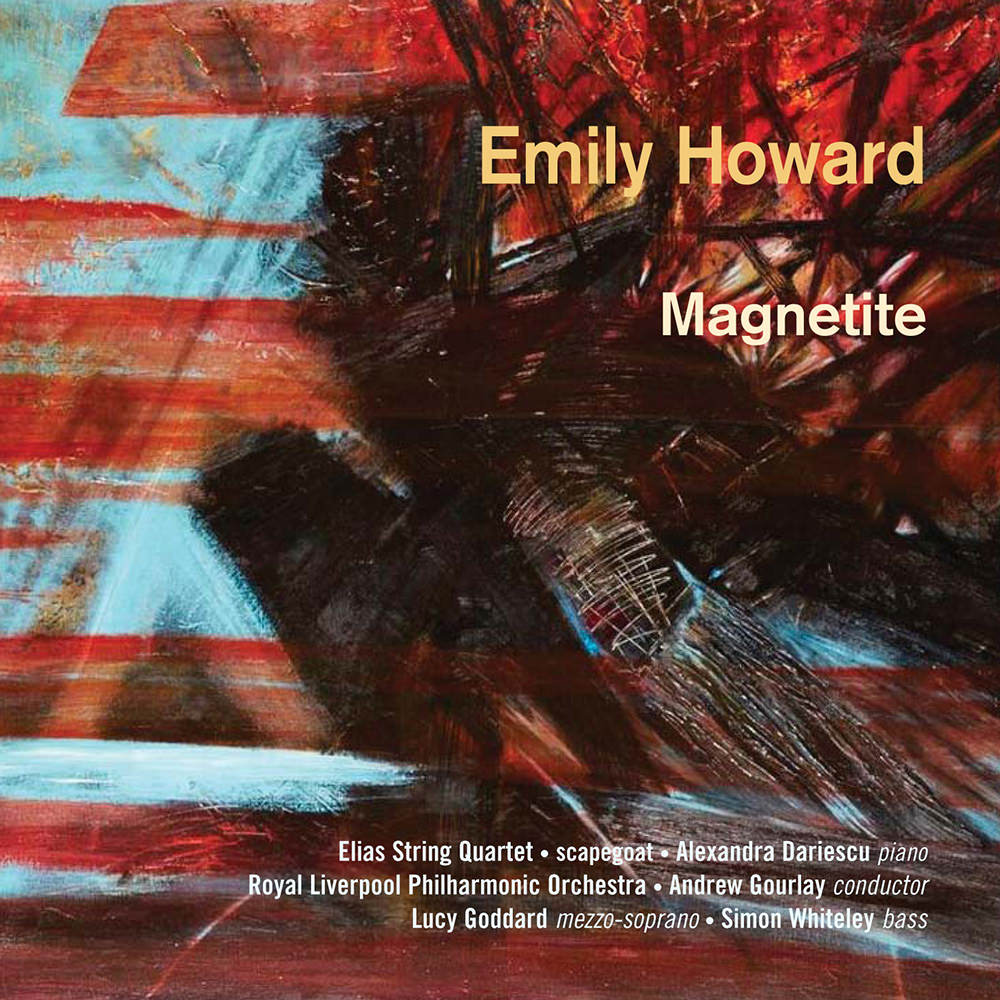 "Four Stars ... the results are delicate, detailed and rigourous. This is an engaging introduction to Howard’s music, expertly played."
- The Guardian

The Elias String Quartet, the Royal Liverpool Philharmonic Orchestra and conductor Andrew Gourlay dedicate this album to composer Emily Howard, showcasing the title piece Magnetite, Howard’s first major commission for the orchestra. Magnetite is the oldest known magnetic substance and Howard describes the work as "a journey deep inside one of these crystals." Continuing a similar theme, Solar creates a musical image of the sun, using luminous, resonant sonorities and bursts of energy. Mesmerism for piano and chamber orchestra is one in a series of compositions inspired by Ada Lovelace, the pioneering mathematician and daughter of Byron. This piece won a British Composer Award in 2012 for its lucid and beautiful harmonic language, sustaining at its heart a great sense of stillness. The programme also features selections for smaller forces, with guest soloists mezzo-soprano Lucy Goddard, bassist Simon Whiteley, pianist Alexandra Dariescu and experimental saxophone and percussion duo scapegoat.
88.2 kHz / 24-bit PCM – NMC Recordings Studio Masters