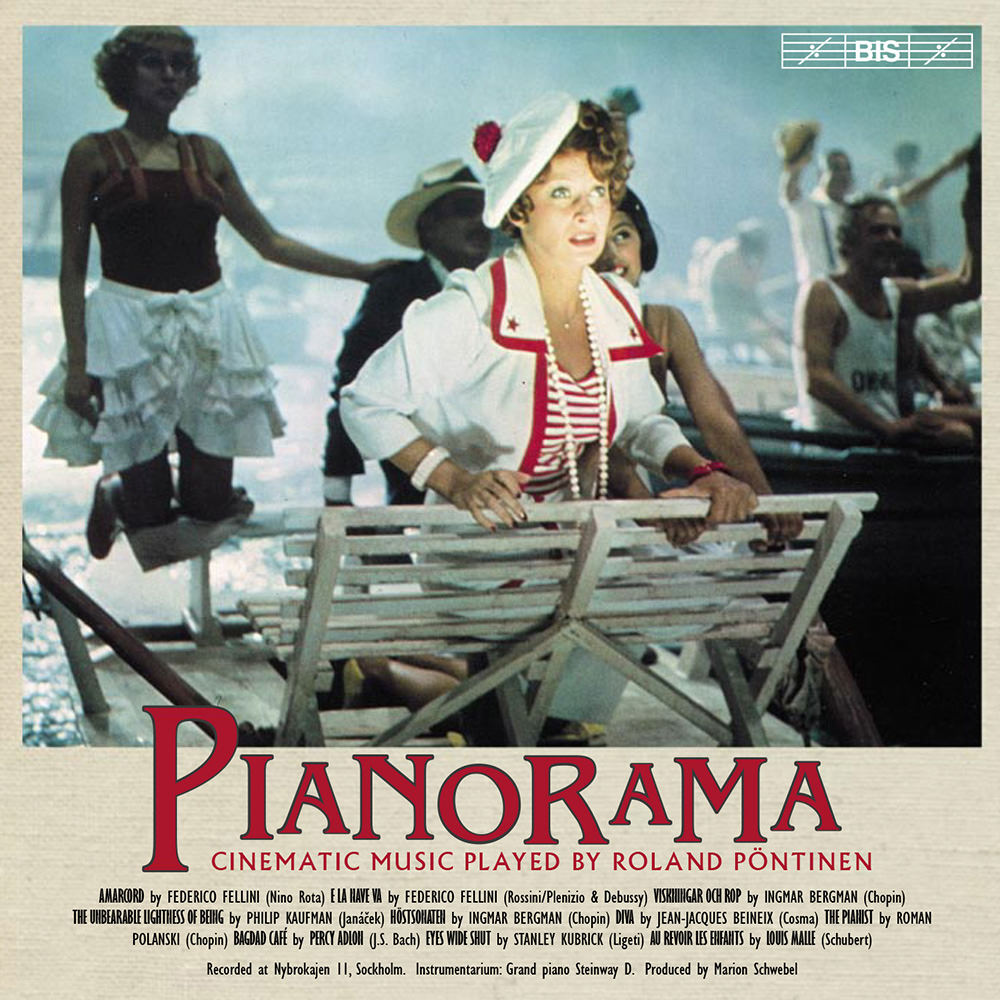 Available in 44.1 kHz / 24-bit AIFF, FLAC audio formats
"Here's a 'concept album' that really works ... not only is an attractive idea on its own, but also is a showcase for the pianist's interpretive skills and an enticing survey of keyboard music from Bach to Ligeti and beyond ... Pöntinen's performances are uniformly excellent, the sonics typically exceptional and the whole disc an unalloyed pleasure from beginning to end. If the concept appeals, go for it." - ClassicsToday.com Swedish pianist and composer Roland Pöntinen was inspired by the silver screen for his diverse and imaginative 2006 album Pianorama. From the very beginning, the silent era, music has been a major ingredient of the cinematic experience and filmmakers have always been extremely painstaking in their choices. When selecting from existing works, solo piano has always been popular, possibly a reference to the live piano player in theatres of the 1920s. Several such pieces are brought together here, from films by greats like Bergman, Kubrick and Polanski. Atmospheric in its own right, the music of Debussy, Chopin, Schubert, Bach and Ligeti becomes even more evocative when combined with often striking visuals. The partnership of Federico Fellini and Nino Rota also features on the programme, with Pöntinen’s own improvisations on Rota’s themes for Amarcord, perhaps Fellini’s most popular movie.
44.1 kHz / 24-bit PCM – BIS Studio Masters