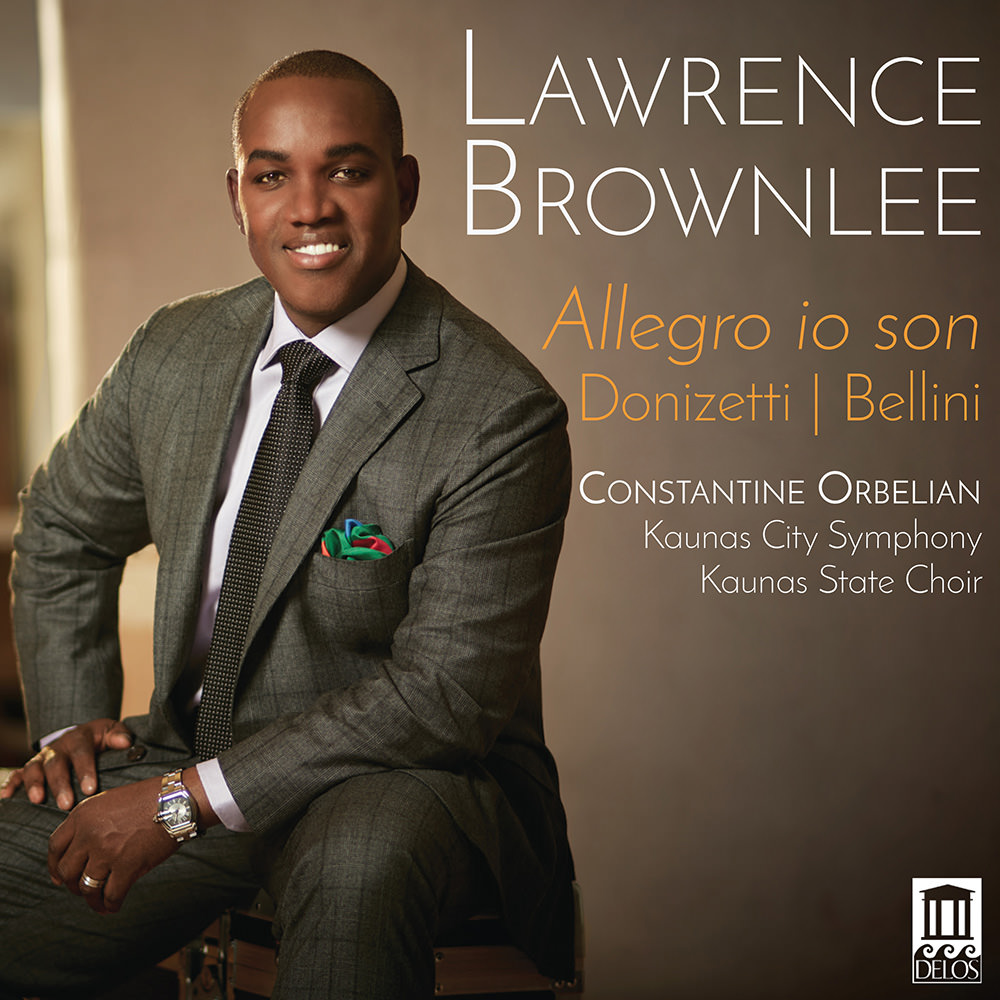 "Recording of the Month ... vividly recorded ... these performances radiate unbreakable respect for Bellini and Donizetti and unshakable trust in the power of their music to, when sung as they intended it to be sung, convey complex emotions with universal simplicity ... sometimes sweet, sometimes scorching, Lawrence Brownlee’s voice is ... always like silver gleaming through silk; a voice that generates its own sunshine."
- Voix des Arts

Tenor Lawrence Brownlee is considered by critics and audiences worldwide as one of today's leading bel canto tenors. Following his Grammy-nominated recording of Rossini arias, Brownlee mixes standards and lesser performed pieces by Donizetti and Bellini on this release. He is once again joined by Lithuania’s Kaunas City Symphony Orchestra and the Kaunas State Choir, with insightful interpretations and sensitive readings from conductor Constantine Orbelian that lend themselves beautifully to Brownlee’s impeccable voice.
96 kHz / 24-bit PCM – Delos Studio Masters