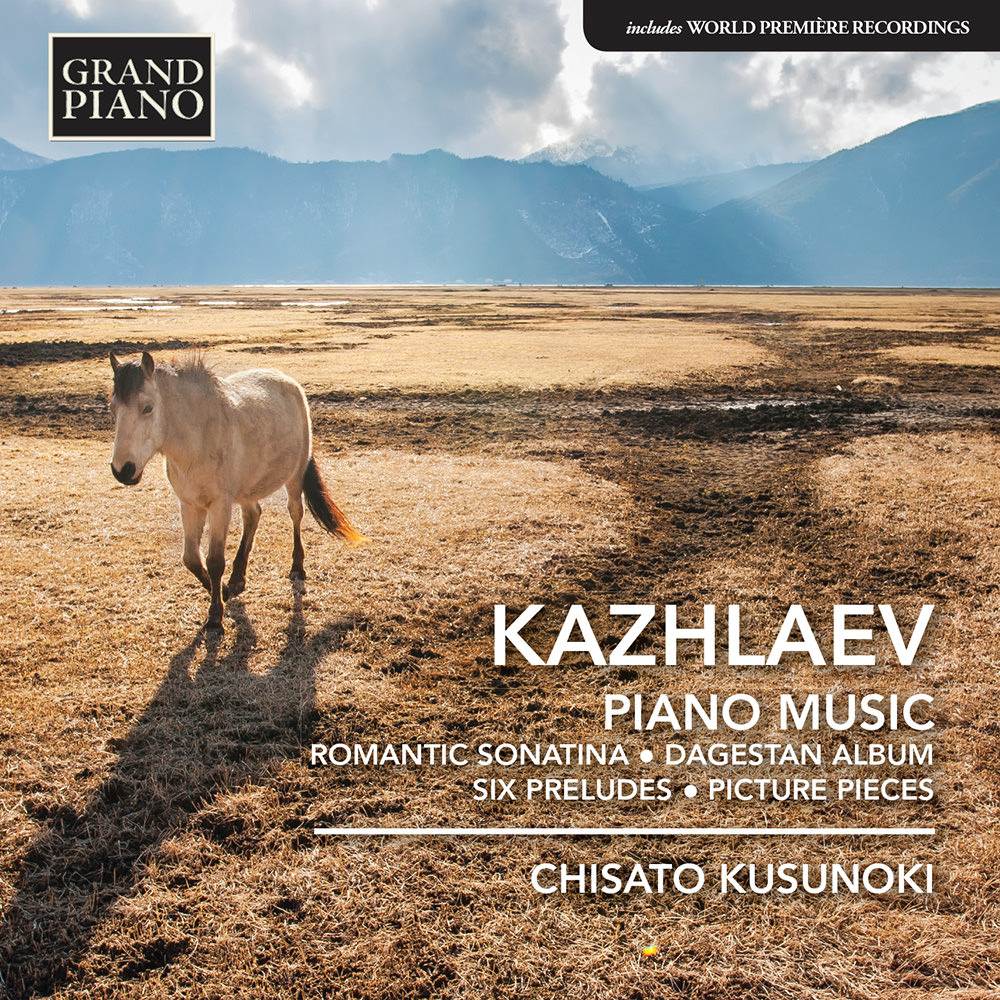 Available in 96 kHz / 24-bit AIFF, FLAC high resolution audio formats
This recording charts a two-decade period in the musical life of the eminent Dagestani composer, teacher and conductor Murad Kazhlaev. German-born pianist Chisato Kusunoki highlights Kazhlaev's idiomatic flair writing for his own instrument, the piano, from the early Romantic Sonatina to the beautiful folk themes that make up the Dagestan Album. Expressive beauty permeates the Six Preludes while his nonchalant wit appears in Picture Pieces, receiving its world premiere here. "My encounter with the music of Murad Kazhlaev and subsequently the composer himself have been life changing ... my love of his music and our friendship continues to deepen and in my opinion, he is one of the greatest surviving composers of the Soviet tradition not yet widely known in the West ... his sincere, generous and humane soul are the essence of all his music ... I chose these repertoires of varied styles which demonstrate his passion for native Caucasus culture, jazz, popular and film music ... I hope very much that the music on this CD will enlighten listeners’ souls as they did for me." - Chisato Kusunoki
96 kHz / 24-bit PCM – Grand Piano Studio Masters