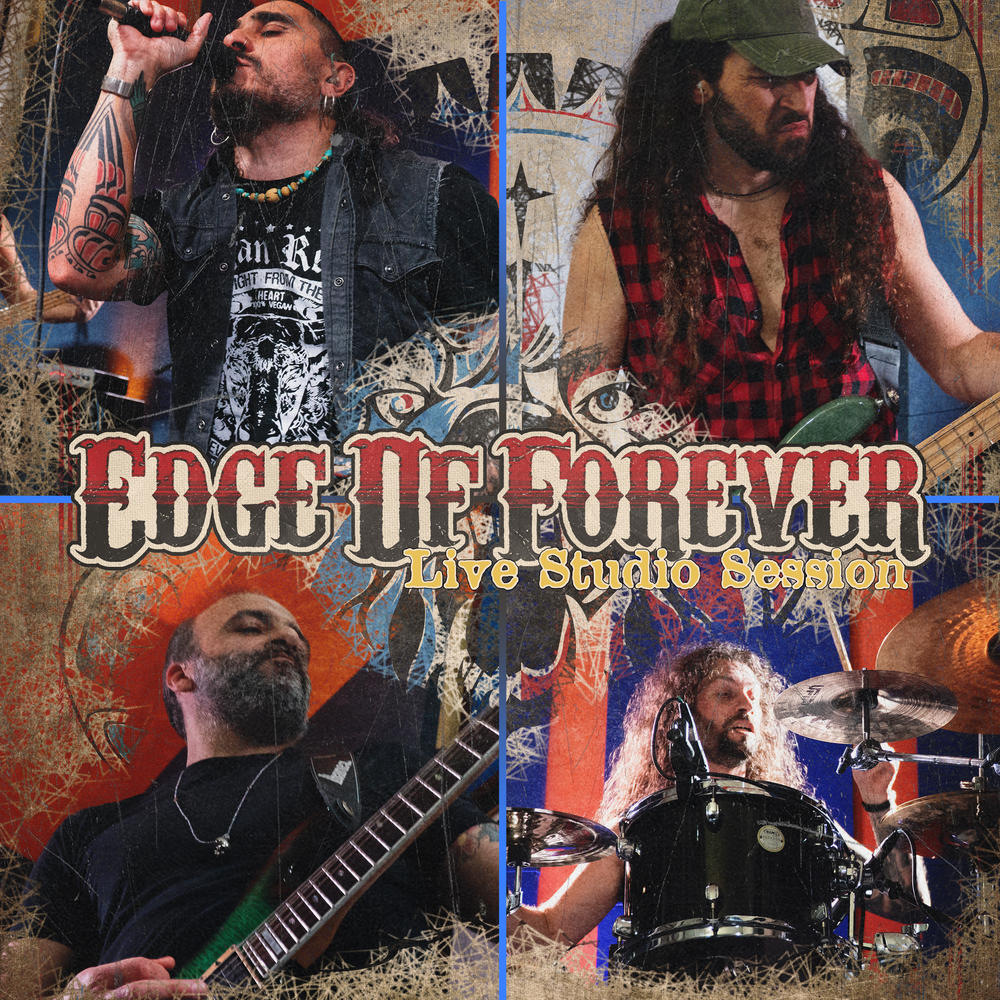 Available in 48 kHz / 24-bit AIFF, FLAC audio formats
Edge Of Forever releases a polished new live document with Live Studio Session. Originally formed in 2002, Edge Of Forever released their first album, Feeding The Fire in 2004 which was produced by the late Marcel Jacob (ex-Malmsteen, Talisman). Just a few months later, the band was already working on a new album with producer Bobby Barth (Axe, Blackfoot) in New Orleans. The collaboration led to “Let The Demon Rock’n’Roll,” which came out about one year after the debut album. In 2005 the band saw a change of personnel, leaving only Alessandro Del Vecchio and Francesco Jovino from the original line-up. Alessandro then took on the lead vocal spot and guitarist Walter Caliaro and bassist Nik Mazzucconi (Ian Paice, Carmine Appice) joined the band. In 2010, with the new lineup operating like a well oiled machine, Edge of Forever released their third record entitled Another Paradise. The album was once again very well received and Alessandro Del Vecchio’s reputation as producer started to grow steadily. Now it’s time for Alessandro and his guys to step out on their own and show the world what they’re capable of! "“I’m very honored to have my own band Edge Of Forever signed to the big Frontiers family. It’s been a few years now that I've worked with Serafino and for some time we have been talking about a record with me on vocals, which couldn’t be with anyone but with my guys. Francesco, Nik and Walter have been with me already on a few albums I released through Frontiers, but this time is gonna be different. It’s our baby and our primal need of creation. We are entering the studio this summer and I promise we will deliver our best songs and I will top my productions with a bombastic and epic sound." - Alessandro Del Vecchio
48 kHz / 24-bit PCM – Frontiers Records s.r.l. Studio Masters