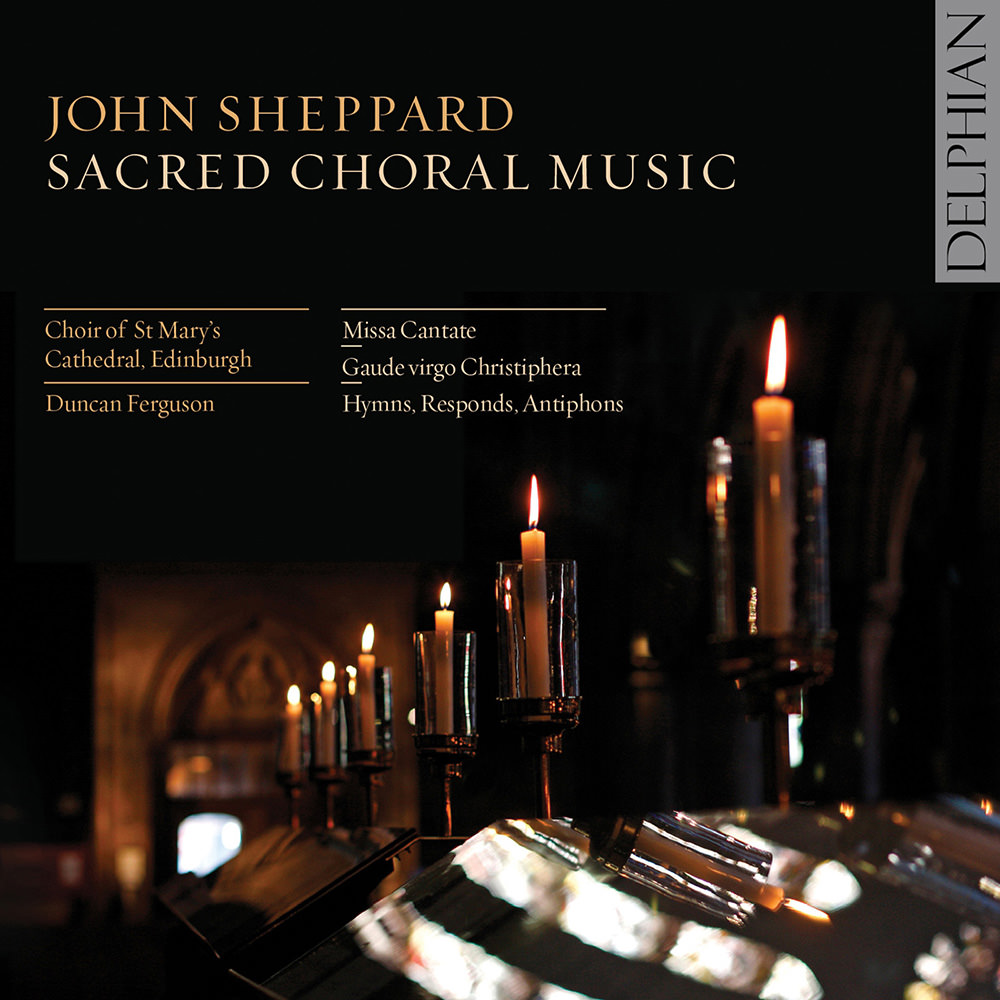 "Editor's Choice ... perhaps the most striking feature of this recording from the Choir of St Mary's Cathedral Edinburgh is the way in which the trebles seem perfectly integrated within the ensemble ... the rest of the choir is equally well matched and solid ... the whole is recorded with admirable presence and clarity."
- Gramophone

"The choir's style endorses the beauty of the music ... at the same time they give full weight to the notable dissonances which Sheppard introduced as part of the variety for which he is famous ... you are drawn into each piece ... by the performers' confidence and familiarity with it; and, dare one say, by a credible attempt to recreate (or at least respect) how the music might have sounded 450 years ago ... one to investigate if choral polyphony appeals and/or if you are unfamiliar with the depth and beauty of Sheppard's music; or want to extend your collection. Recommended."
- Classical.Net

Duncan Ferguson and the Choir of St Mary’s Cathedral, Edinburgh return, on their fourth album together, to the epoch of their first recorded triumph, the early 16th century. Their 2010 Taverner release was praised for its exhilarating freshness and panache, qualities which the choir brings to this collection by Taverner’s near contemporary, John Sheppard. Highlighting Sheppard’s most extended and ecstatic composition, the Missa Cantate, this wide-ranging programme also includes the world premiere of the Adesto Sancta Trinitas No. 2 and the rarely-heard Gaude Virgo Christiphera, Sheppard’s only surviving votive antiphon, with a new reconstruction of the treble part.
48 kHz / 24-bit PCM – Delphian Studio Masters