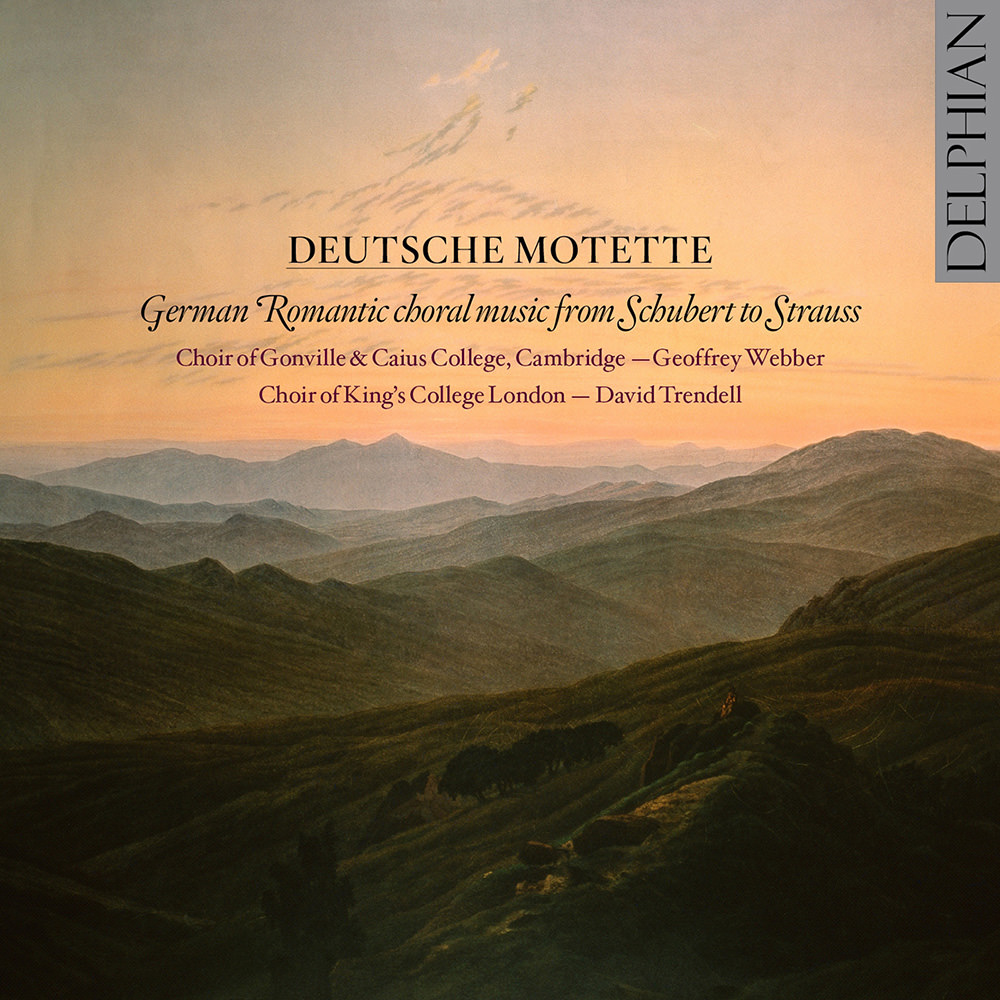 "Four Stars ... has the right quality of rapture ... credit to conductor David Trendell for eliciting that sustained intensity of expression from his combined college choirs, whose youthful timbre imparts a freshness to the interpretation ... the spirit and sheer enjoyability of this technically ferocious piece ... is admirably registered ... all told, a rewardingly accomplished recital."
- BBC Music Magazine

"... a sound that clarifies the often complex and eventful polyphony, thereby avoiding an aural mush ... good use of the natural resonance of the church where the recording was made and the results are excellent. The listener can hear a great deal of what’s going on ... one can simply surrender and sit back to enjoy the luxuriant choral textures. That’s what I did and I enjoyed this highly assured performance very much ... a highly desirable disc of interesting music in excellent and committed performances which have been expertly recorded."
- MusicWeb International

Delphian's combined "superchoir" reunites after a highly successful recording of Shchedrin’s The Sealed Angel, this time for a programme of German Romantic repertoire. Strauss’s sumptuous Deutsche Motette is the last word in late Romantic choral opulence, its teeming polyphony brought to thrilling life by this virtuoso cast of over 60 singers. The rest of the album explores the vivid colours and shadowy half-lights of a distinctly German music that reached its culmination in Strauss’s extravagant masterpiece. The singing throughout combines an intensity and imagination with an understanding of period style that are hallmarks of both choirs’ work. The Choir of Gonville & Caius College, Cambridge (directed by Geoffrey Webber) and the Choir of King’s College London (directed by David Trendell) are two of the UK’s leading collegiate and university choirs.
48 kHz / 24-bit PCM – Delphian Studio Masters