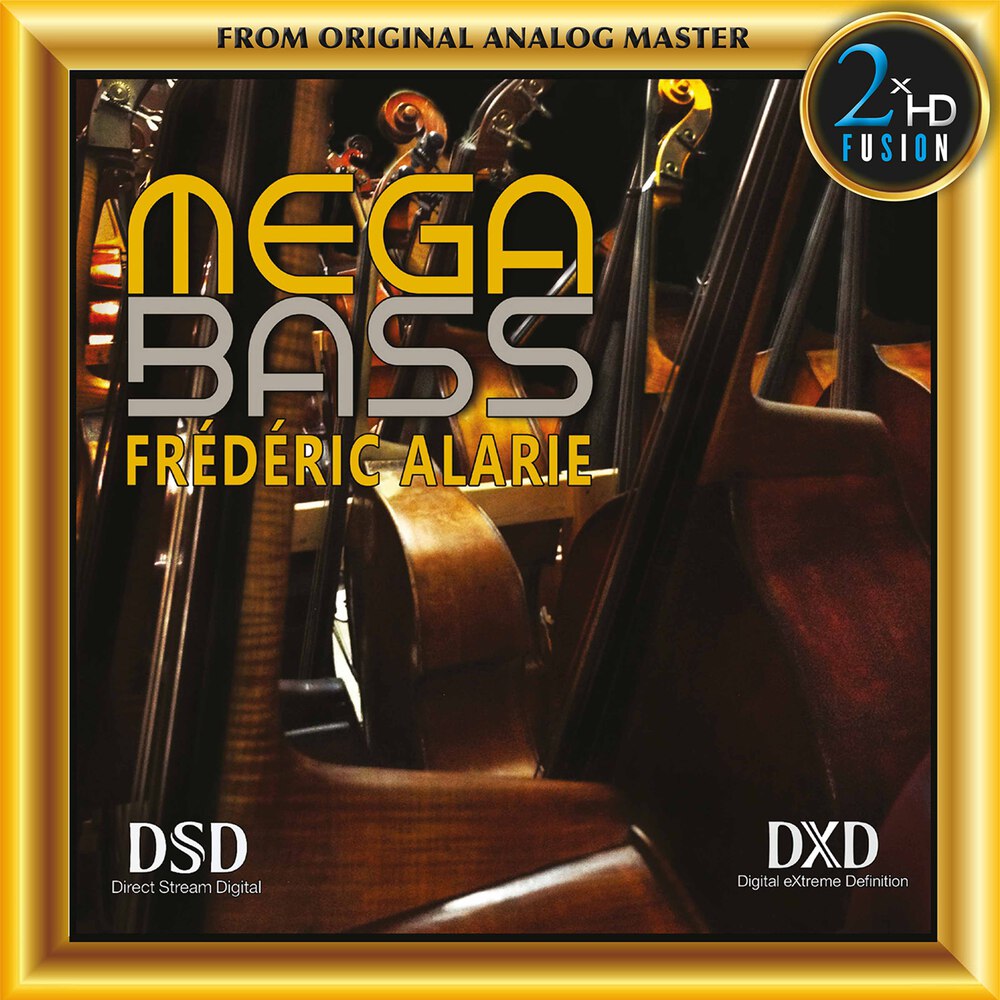 Available in 352.8 kHz / 24-bit, 192 kHz / 24-bit, 96 kHz / 24-bit AIFF, FLAC and 11.2896 MHz, 5.6448 MHz, 2.8224 MHz DSD high resolution audio formats
Frédéric Alarie amazes by the colour, depth and audacity he puts forward in his work: as a musician, composer or soloist, he constantly pushes the limits of both his own expression and of jazz itself. Member of the Lorraine Desmarais trio since 1993, he has recorded on 34 albums as an accompanist-soloist, and has played on about hundreds other albums as a guest; several of these albums have received awards. With Mega Bass, Alarie and 2xHD seek to challenge your sound system in the low register, capturing the warmth of the second harmonics in pristine clarity. It is rare to find an album that truly emphasizes the bass instrument, and this release seeks to fully recognize the versatility of that instrument! Recorded off-the-floor at St-Jean Baptiste Chapel in Montreal, this recording was made on a quarter-inch Nagra IV-S analog recorder in master eq curve, with no overdubs or editing. A single Fidelio stereo Tube microphone RL-1 was used in the Pure Blumlein microphone technique. Track 1, which features the legendary Octobass, was recorded at la Maison Symphonique de Montreal in the same fashion. The Octobass is the lowest-pitched and largest-sized instruments of the string family. At a height of almost 11.5 feet, this instrument produces extreme low bass extension harmonics: down to 20 Hz with a peak of 28 Hz.
352.8 kHz / 24-bit, 192 kHz / 24-bit, 96 kHz / 24-bit PCM and 11.2896 MHz, 5.6448 MHz, 2.8224 MHz DSD – 2xHD Studio Masters