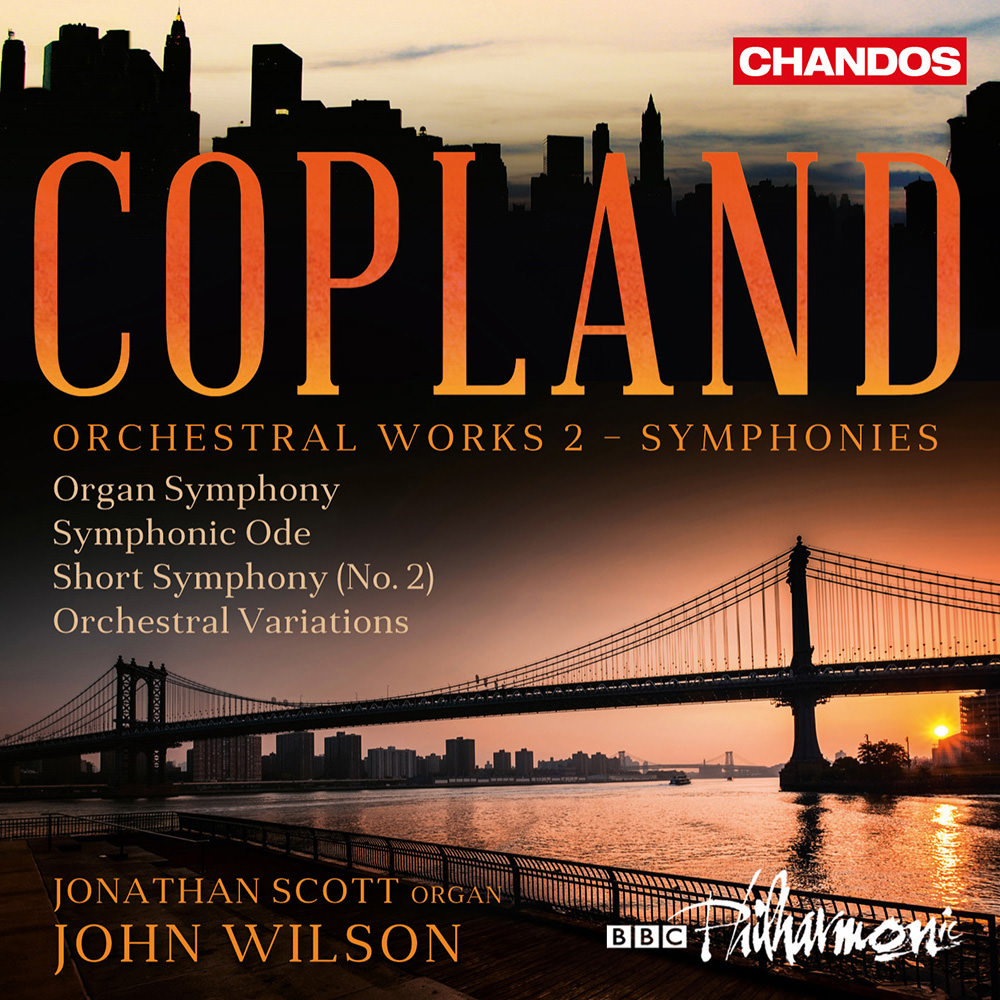 Available in 48 kHz / 24-bit AIFF, FLAC audio formats
Following a highly successful recording of Copland’s ballets, the BBC Philharmonic presents this second volume of the composer’s complete symphonic output, led by John Wilson, renowned for his interpretations of American music. This unique collection of vivid and energetic pieces highlights Copland’s personal, unorthodox language. The mixture of works of austerity and tense excitement ranges widely, from the Orchestral Variations on an original theme (first composed for piano) to the controversial Symphonic Ode, a rhythmically complex piece written in its original incarnation for a huge orchestra including eight horns and five trumpets. The album also spotlights the lesser known Short Symphony No. 2 and the early Symphony for Organ and Orchestra, in which the solo instrument throughout is closely integrated with the music of the orchestra. The featured organist is the young, internationally acclaimed Jonathan Scott.
48 kHz / 24-bit PCM – Chandos Studio Masters