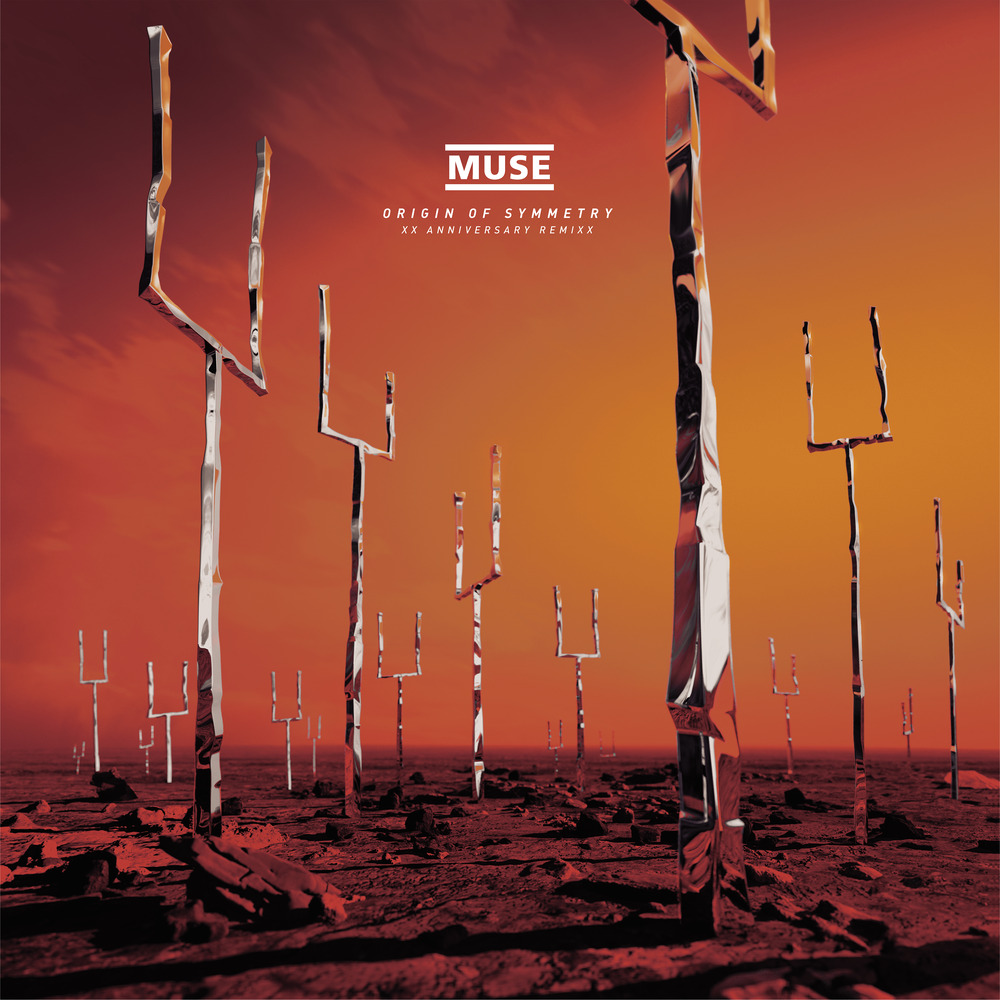 Available in MQA and 96 kHz / 24-bit AIFF, FLAC high resolution audio formats
As Origin of Symmetry's anniversary approached, Muse asked Rich Costey, who has produced or mixed material on almost every subsequent record, to revisit the original recordings. Whereas most remix albums aim to radically rework the material, or to switch to an entirely different genre, the band and Costey wanted to provide a renewed clarity with a more open, dynamic and less crushed sound. This highlights parts and ideas previously buried or muted on the original mixes, like a harpsichord on "Micro Cuts" and Abbey Road recorded strings on "Citizen Erased", "Megalomania" and "Space Dementia". The XX Anniversary RemiXX also adds "Futurism" to the tracklist. Originally a bonus track on the albums Japanese edition and subsequently tagged to the end of the album on streaming services, "Futurism" now adds a burst of energy to bridge the gap between "Feeling Good" and "Megalomania". This reflects its placing on the 2019 box set Origin of Muse. Origin of Symmetry: XX Anniversary RemiXX is completed with a modernised reimagination of the albums cover art courtesy of Sujin Kim. The visual artist has created a hyper-realistic 3D rendering of William Eagers original cover image. "In revisiting the album what we found was the original mixes on the singles, like ‘Plug In Baby’ and ‘Bliss’, were pretty good so they were the hardest ones to improve. It was the deeper album tracks like ‘Micro Cuts’ where we were able to make massive breakthroughs." - Mett Bellamy (Frontman)
96 kHz / 24-bit PCM – Warner Records Studio Masters