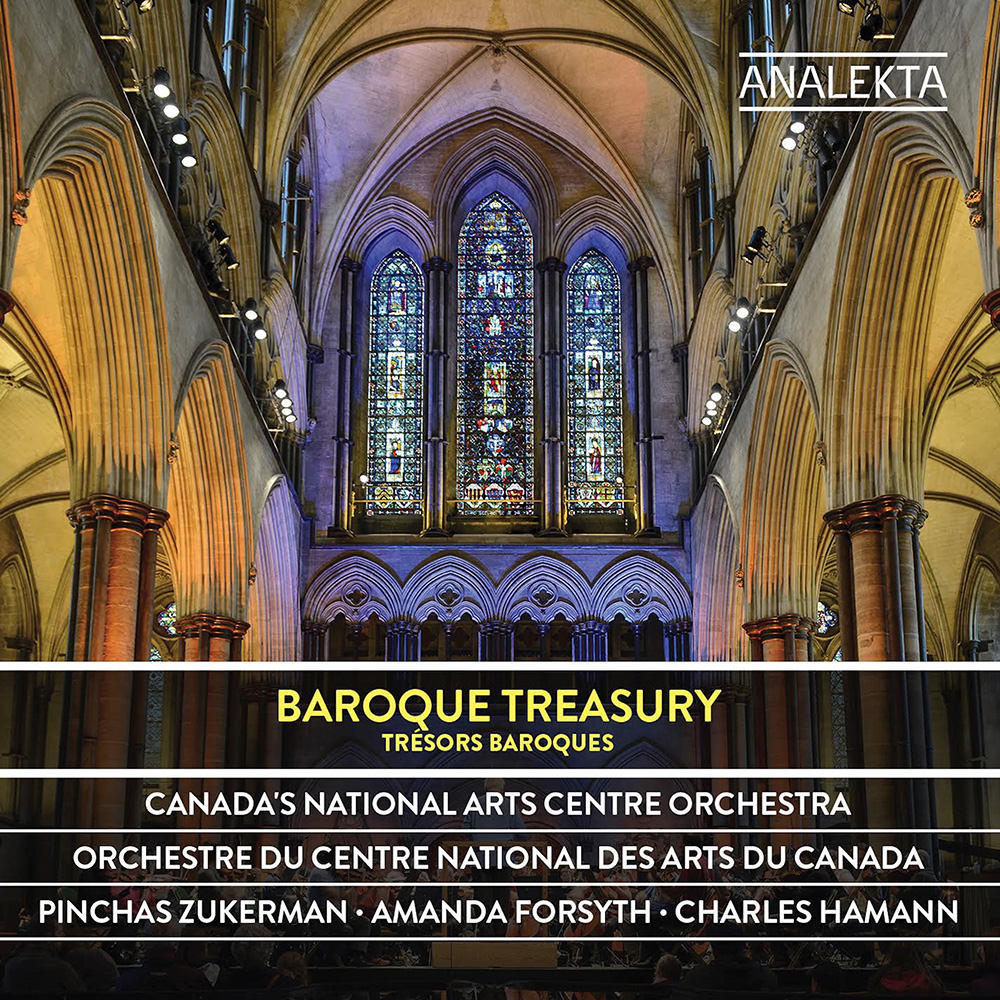 Baroque Treasury is a collection of works by Bach, Vivaldi, Handel, Telemann and others, recorded live in November 2015 by legendary violinist and conductor Pinchas Zukerman and Canada's National Arts Centre Orchestra. Juno Award winner Amanda Forsyth, regarded as one of North America’s most dynamic cellists, is featured on Vivaldi's Concerto for Violin and Cello while the orchestra's principal oboist Charles Hamann is spotlighted on Bach's Concerto for Oboe and Violin.
96 kHz / 24-bit PCM – Groupe Analekta, Inc Studio Masters