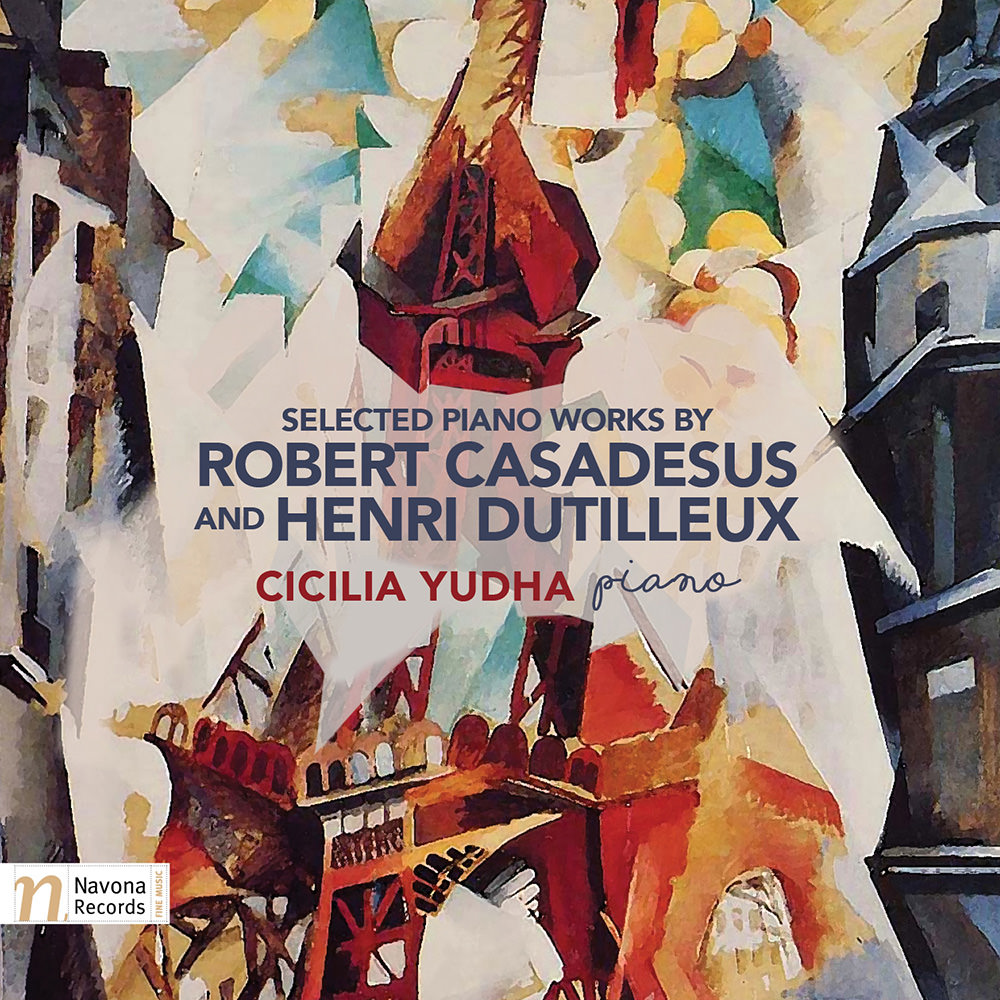 Available in 88.2 kHz / 24-bit AIFF, FLAC high resolution audio formats
Pianist, chamber musician and educator Cicilia Yudha displays her expertise as a solo pianist on works by Robert Casadesus and Henri Dutilleux. She brings this vibrant and lively repertoire to life and makes it breathe with a creative, almost improvisational quality. Under the demands of her high tempo exploration, she skillfully brings out every nuance of the pieces, affirming their underlying grace and dignity. Yudha’s focus on Dutilleux's solo piano music spotlights an alternative side to the already prominent 20th century composer, best known for his orchestral writing.
88.2 kHz / 24-bit PCM – Navona Studio Masters