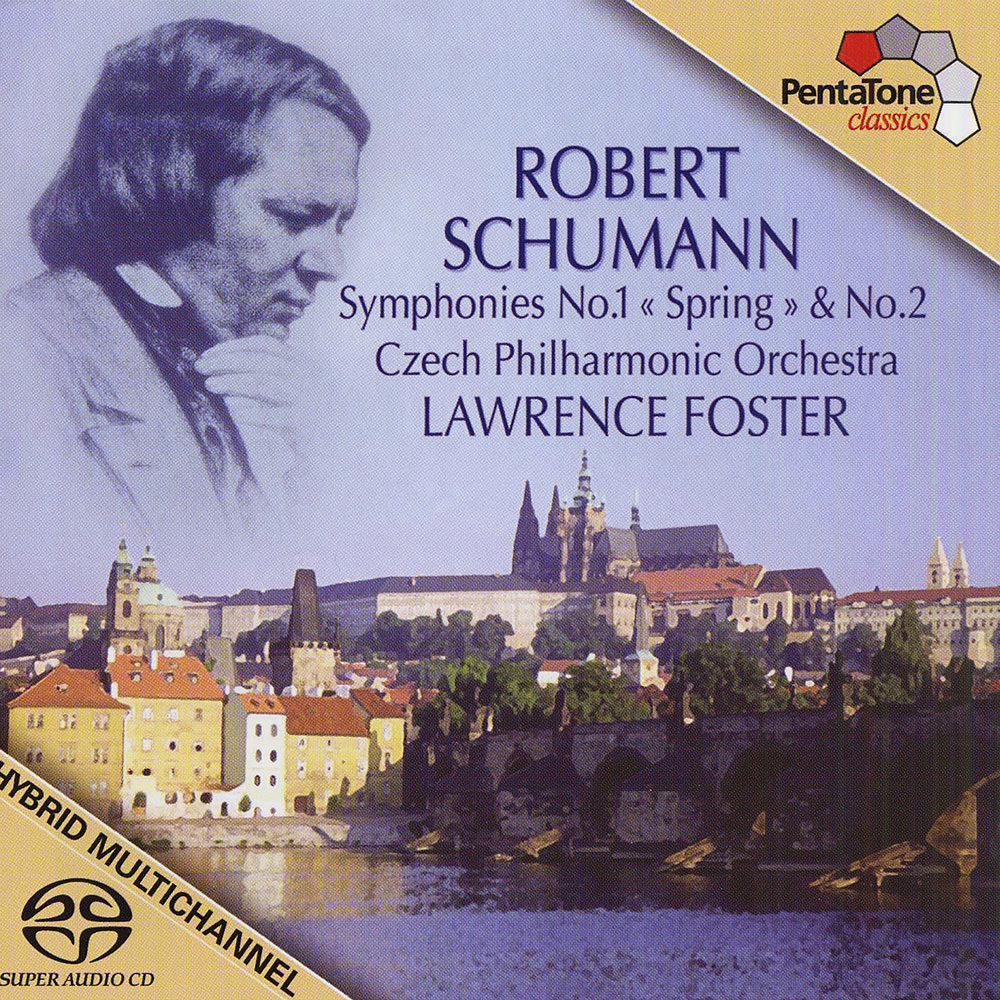 "I thoroughly enjoyed this CD and would be happy to return to it."
- Gramophone

"... the glowing sophistication of these notable readings carries its own special kind of authority."
- International Record Review

This is the first of two volumes in the complete series of Schumann's symphonies from Lawrence Foster and the Czech Philharmonic Orchestra. Recorded live in Prague in October 2007 and released in early 2008, the album showcases the Symphony No. 1 "Spring", inspired by Schubert and Mendelssohn, as well as the
Symphony No. 2 which displays a relationship to pre-Beethoven symphonies.
96 kHz / 24-bit PCM and 2.8224 MHz DSD – PentaTone Studio Masters