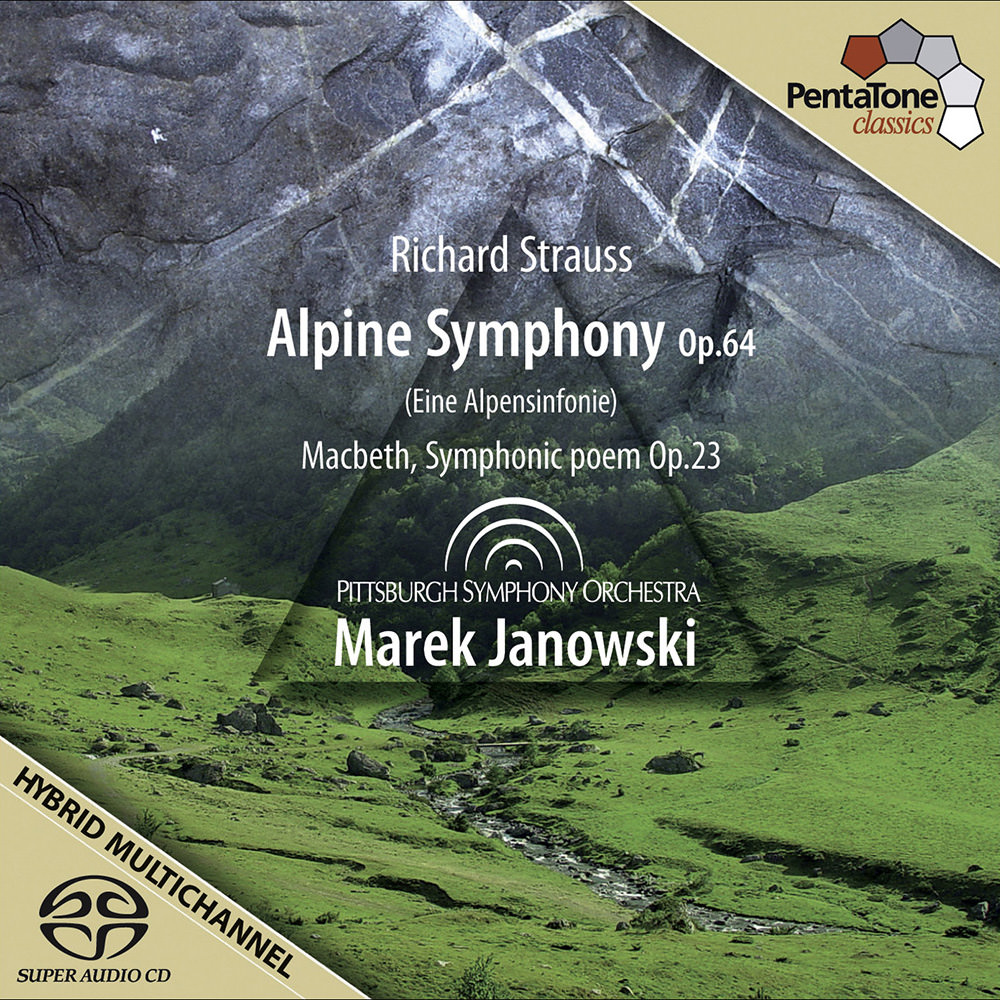 Available in 96 kHz / 24-bit AIFF, FLAC and 2.8224 MHz DSD high resolution audio formats
"This is a major Strauss release ... an excellent coupling of an increasingly popular orchestral showpiece with an underexposed early Strauss tone poem ... Janowski plays Macbeth for all it's worth and the Pittsburgh Symphony Orchestra sounds great. Macbeth has never been recorded in sound like this ... a 19-minute feast of the young Strauss's raging orchestra ..." - Fanfare " ... (a) stirring performance ... the sound Janowski conjures from the Pittsburgh Symphony (especially the low brass) suggests the mountain's craggy massiveness, while the instrumental detail allows us to revel in Strauss' imaginative scoring. There's energy aplenty in Janowski's pacing ... Janowski leads a powerful performance of Strauss' early tone poem Macbeth, again featuring exquisite orchestral playing ... (recording) is demonstration-class, spacious with vivid detail and a rich, solid low end ... an excellent performance ...highly recommended." - ClassicsToday.com This 2009 release from the Pittsburgh Symphony Orchestra under Marek Janowski features performances of two works by Strauss, rendered in stunning audio quality, called "demonstration-class" by ClassicsToday.com. The programme kicks off with the early tone poem Macbeth before leading into the main attraction, Strauss's epic large-scale and infrequently-recorded An Alpine Symphony.
96 kHz / 24-bit PCM and 2.8224 MHz DSD – PentaTone Studio Masters