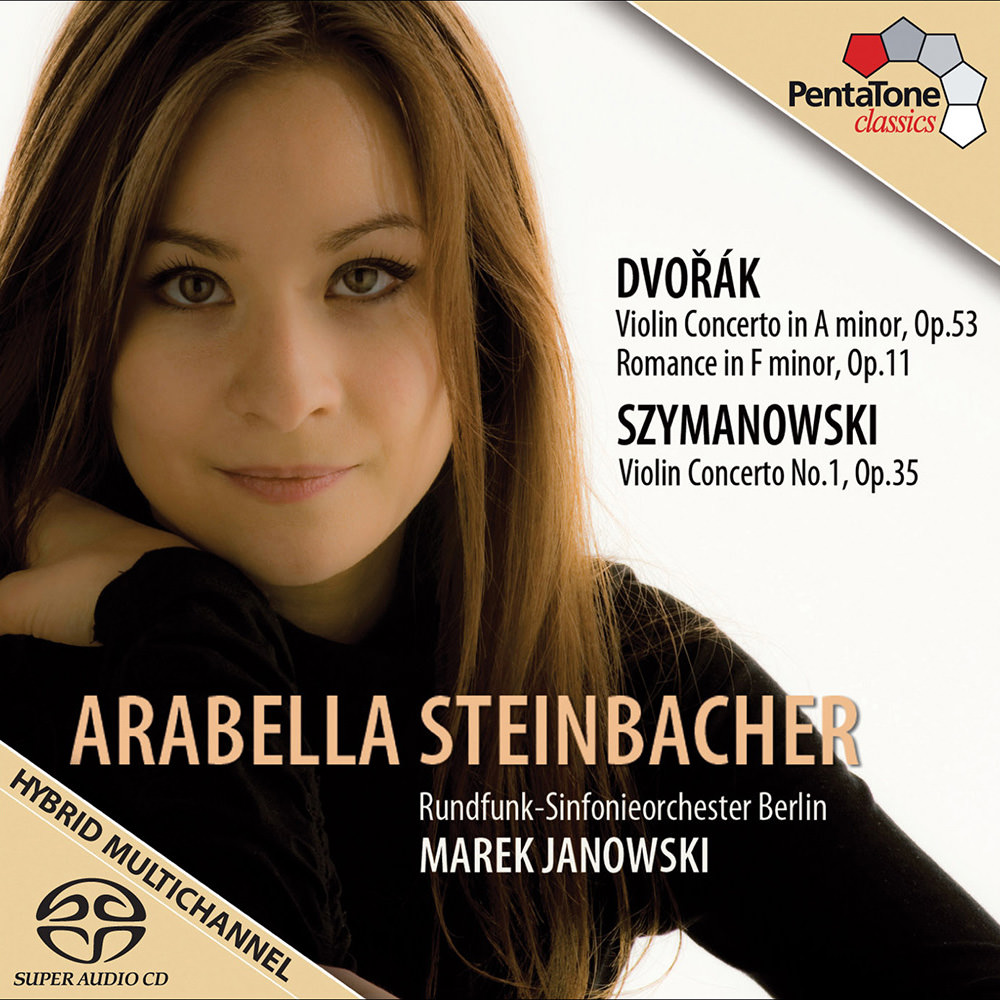 "... (mixes) the highly charged and heavily scented romanticism of Szymanowski with the rugged open spaces of Dvořák ... it does make for a good technical listen in sound engineering terms ... as per usual, PentaTone have created a fine, natural sound for the orchestra. The solo violin is fairly forward but not painfully so and the moments where the soloist mixes into and melts into the orchestral sound are well enough balanced in the Szymanowski ..."
- MusicWeb International

"Four Stars ... a haunting performance of Szymanowski's Violin Concerto No. 1 ... the solo part seems to float in over a lush orchestra. Steinbacher's tone is sweet, her playing poised ... in satisfying contrast to the muscular contribution of the Berlin Radio Symphony Orchestra under Marek Janowski ... a performance in which the soloist sounds as if she is leading the dance and everyone is rhythmically buoyant in the heady climax of an enjoyable and vividly recorded disc."
- BBC Music Magazine

"Editor's Choice ... hers is not a big tone but it is an opulent one, cushioned by ample if well controlled vibrato. That opulence makes her playing of the heartfelt melody in the slow movement of Dvorák's Violin Concerto winningly rich ... (the Szymanowski) is a difficult work for soloist and conductor to hold together with its sharp contrasts of mood and tempo, but the alliance of Steinbacher and Janowski achieves that with total conviction ... a performance that carries total conviction."
- Gramophone

Recorded and released in 2009, this album marked Arabella Steinbacher's debut for PentaTone and the beginning of a fruitful relationship. She is accompanied on this programme by Marek Janowski conducting the Radio Symphony Orchestra Berlin.
96 kHz / 24-bit PCM and 2.8224 MHz DSD – PentaTone Studio Masters