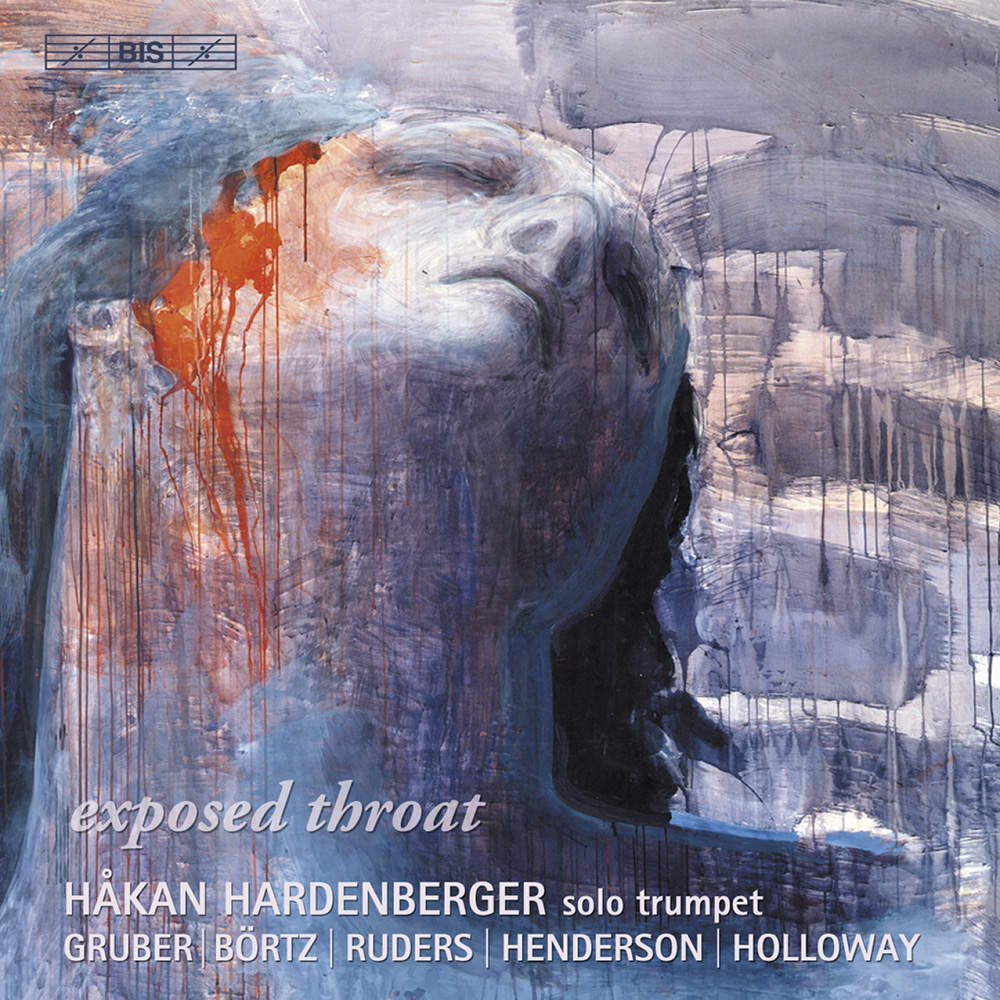 Available in 44.1 kHz / 24-bit AIFF, FLAC audio formats
"Four Stars ... the tour de force of Håkan Hardenberger's latest solo trumpet recital must surely be HK Gruber's thrilling Exposed Throat. ... Hardenberger’s performance of (Holloway’s) extraordinarily taxing three movement work is a feat in itself ..." - BBC Music Magazine "Hardenberger is a solo sensation and an inspiration to aspiring trumpeters ... (he) has no peers when it comes to championing new repertoire for the instrument ... wonderfully natural sound and revealing booklet notes make this hour-long recital a pleasurable listen: certainly no aspiring trumpeter can afford not to make its acquaintance." - Gramophone "Recording of the Month ... a brilliant display work full of energy and fantasy ... I did not know when asking for this disc that the pieces were all for unaccompanied trumpet. I almost fainted when I realized that! I have listened to it several times, with growing admiration both for the intrinsic quality of the music and for the immaculate playing of Hardenberger ... he navigates fearlessly and almost effortlessly through all these demanding, but ultimately highly rewarding pieces. A magnificent release ..." - MusicWeb International This solo trumpet recital from Håkan Hardenberger, released in 2007, features the title work by HK Gruber along with music by Daniel Börtz, Robin Holloway, Robert Henderson and Poul Ruders, most of the pieces composed directly for Hardenberger.
44.1 kHz / 24-bit PCM – BIS Studio Masters