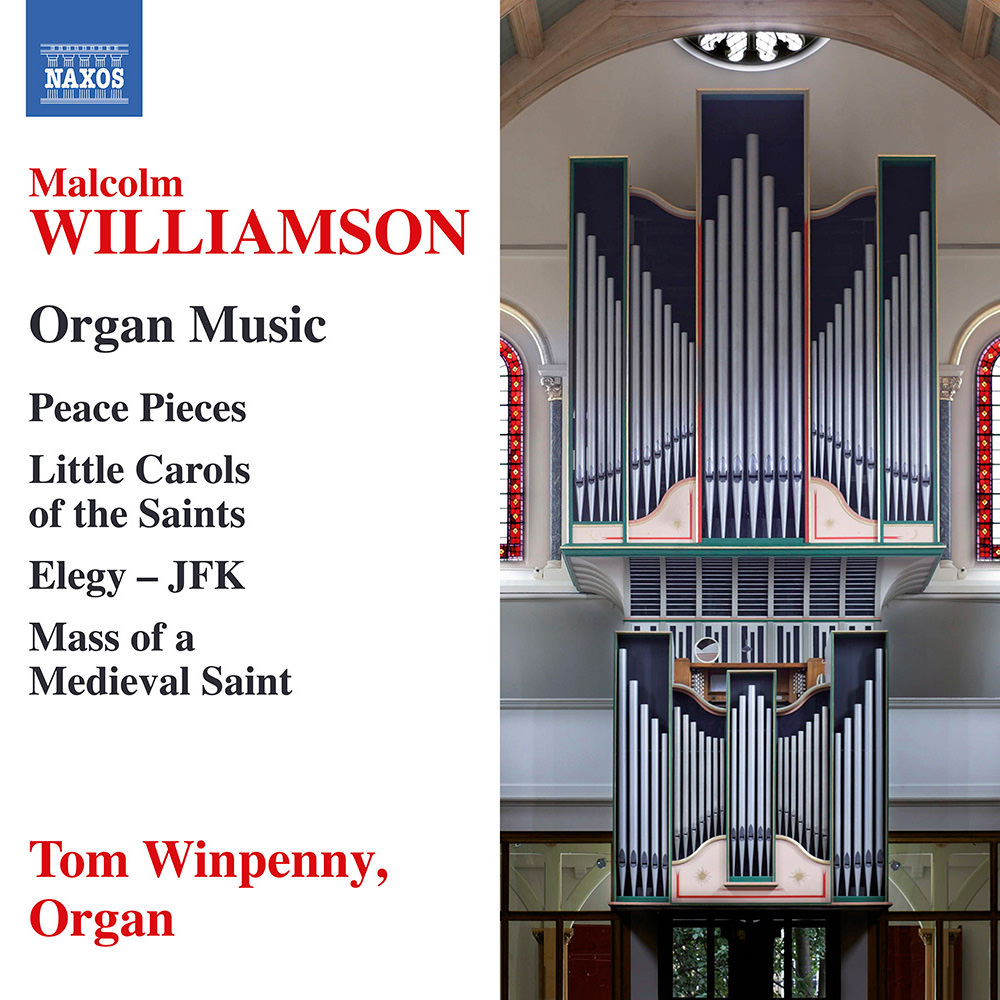 One of Australia’s greatest composers, Malcolm Williamson was a skilled keyboard player and wrote for the organ throughout his life. These works, performed by Tom Winpenny, reveal Williamson's deep immersion in religious music, initially inspired by Messiaen. Much of the programme, which includes two world premieres, illustrates Williamson's instinct for dramatic bravura and colourful registrations, while the beautiful poetic miniatures Little Carols of the Saints reveal deeply human qualities, elements developed more substantially in Mass of a Medieval Saint.
96 kHz / 24-bit PCM – Naxos Studio Masters