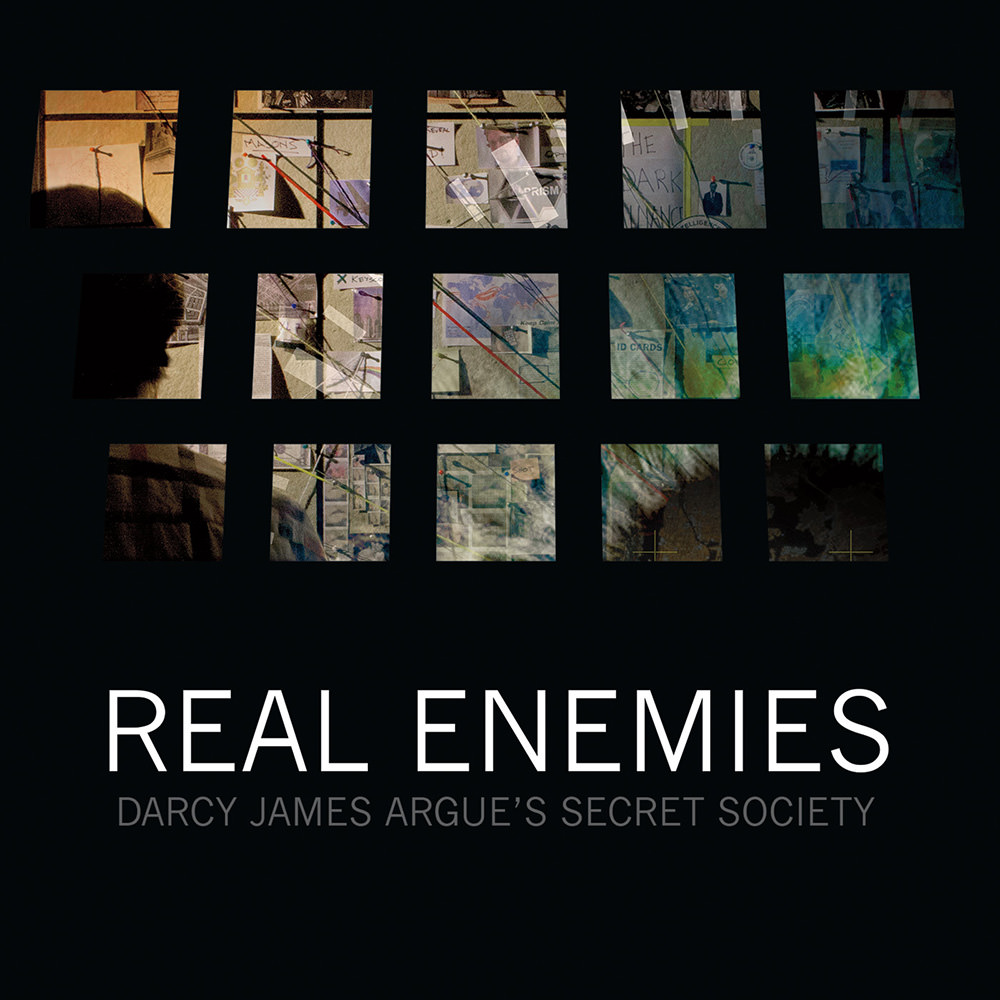 Available in 44.1 kHz / 24-bit AIFF, FLAC audio formats
Grammy Award nomination - Best Large Jazz Ensemble Album, 2016 Juno Award nomination - Jazz Album of the Year: Group, 2017 "For a wholly original take on big band’s past, present and future, look to Darcy James Argue ..." - Newsweek "... brutally dissonant yet often beautiful movements ... funky, swinging, sometimes Latin-tinged music ... (Argue's) eeriest and most multifaceted piece to date, expanded yet again the textural and emotional vocabulary of the modern big band." - JazzTimes.com Vancouver-born, Brooklyn-based composer and bandleader Darcy James Argue and his innovative 18-piece ensemble Secret Society reimagine what a 21st century big band can sound like on Real Enemies, a 13 chapter exploration of America’s fascination with conspiracy theories. As befitting a journey into postwar paranoia, the music draws heavily on 12 tone techniques, but the wide-ranging score exhibits a gleeful disregard for how those techniques have traditionally been deployed. "Belief in conspiracies is one of the defining aspects of modern culture. It transcends political, economic and other divides. Conservative or liberal, rich or poor, across all races and backgrounds there exists a conspiratorial strain of thought that believes there are forces secretly plotting against us. Conspiracy theories often take hold because they provide an explanation for disturbing realities. They tell a story about why the world is the way it is. Paradoxically, it’s often more comforting to believe that bad things happen because they are part of a hidden agenda than it is to believe that they came about as a result of mistakes, ineptitude, or random chance." - Darcy James Argue
44.1 kHz / 24-bit PCM – New Amsterdam Studio Masters