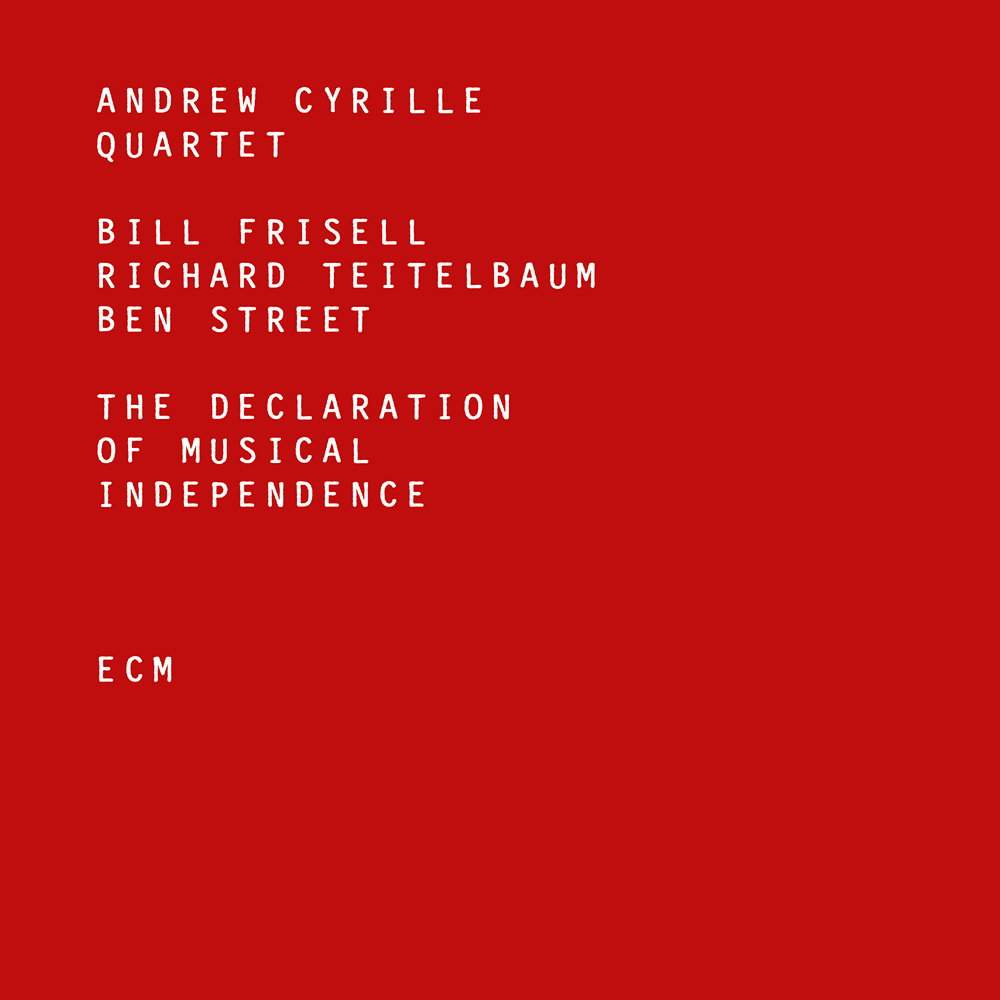 The Declaration Of Musical Independence

Available in 96 kHz / 24-bit AIFF, FLAC high resolution audio formats
"... Cyrille is a wise and provocative jazz drummer drawn to the deeper currents of rhythm ... his most prominent turn as a bandleader in years ... introduces a superbly shadowy quartet ..." - The New York Times Drummer Andrew Cyrille makes his ECM debut as bandleader on The Declaration Of Musical Independence and what a band it is! Guitarist Bill Frisell, keyboardist Richard Teitelbaum and double bassist Ben Street are perfectly in synch with Cyrille throughout this set that opens with a Coltrane cover (Coltrane Time) but is otherwise all-original, including three pieces composed by the entire quartet in the studio.
96 kHz / 24-bit PCM – ECM Records Studio Masters