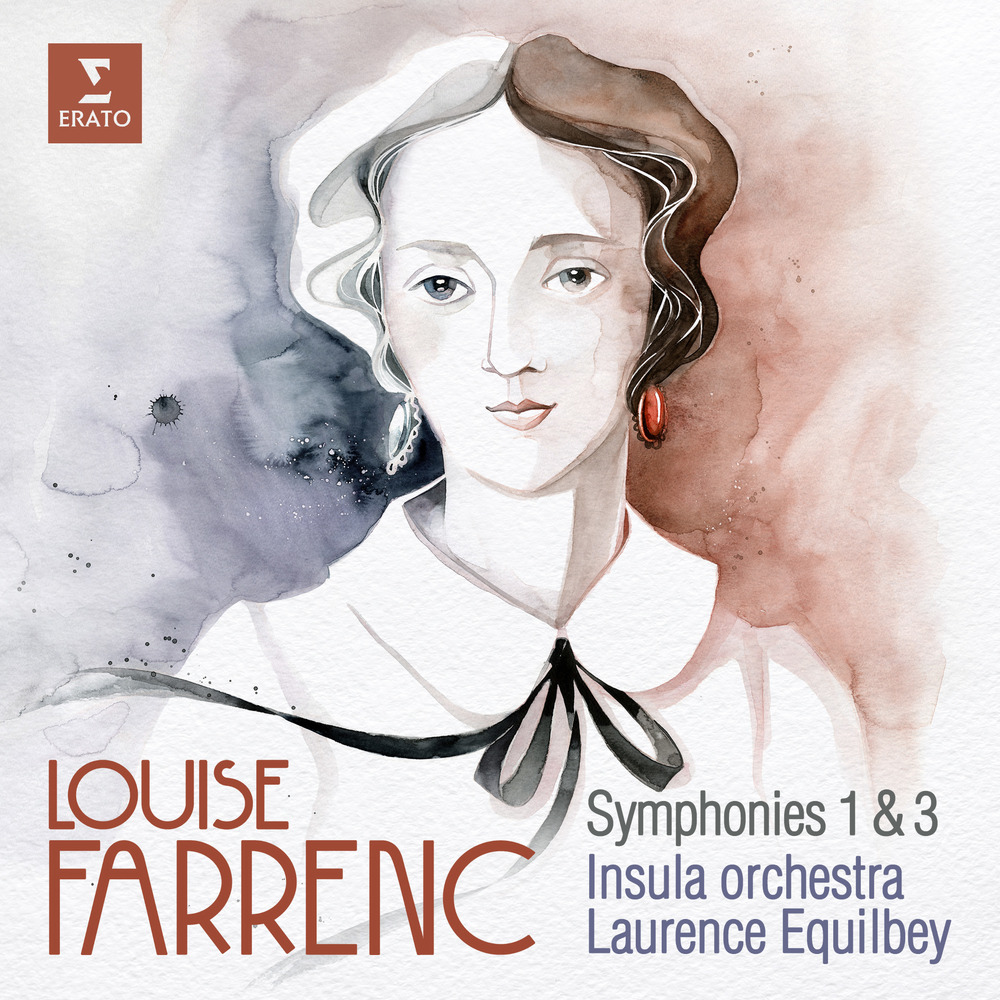 Available in MQA and 96 kHz / 24-bit AIFF, FLAC high resolution audio formats
Laurence Equilbey, conducting her period-instrument Insula Orchestra, champions the composer Louise Farrenc, a prominent and pioneering figure in 19th century Paris. This album presents two of Farrenc’s three symphonies, No. 1 in C minor, first heard in 1845, and No. 3 in G minor, premiered in 1849. “The score is so well written that it deserves a prominent place in the history of the early Romantic symphony,” wrote the Financial Times after a performance of the Symphony No 3 in London, marking International Women’s Day 2018. “Equilbey and the Insula orchestra gave it a fleet, fiery performance. Their crusading spirit lived up to the day’s billing.” The Daily Telegraph observed that the symphony “was full of engaging inventions … It’s clearly a fine piece; all it needs now is to be heard, many times.”
96 kHz / 24-bit PCM – Warner Classics Studio Masters