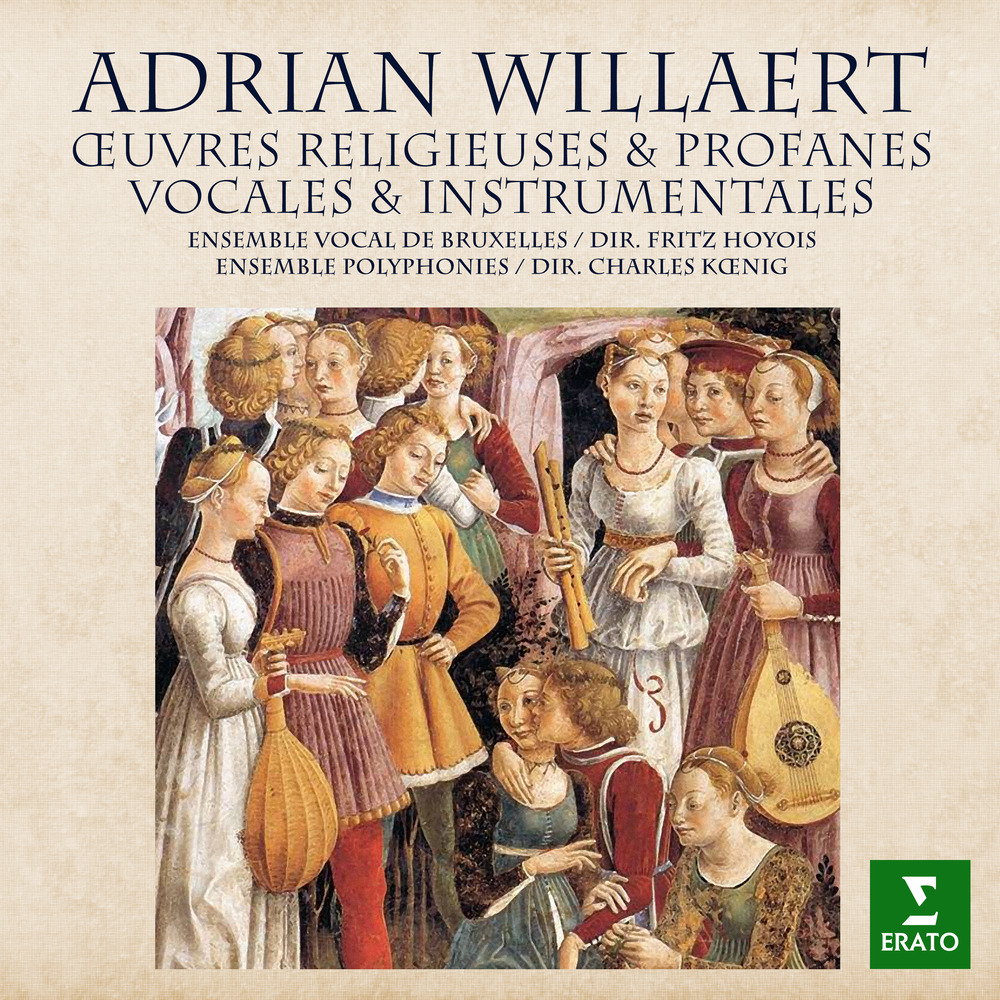 Available in MQA and 192 kHz / 24-bit, 96 kHz / 24-bit AIFF, FLAC high resolution audio formats
Adrian Willaert, as many Franco-Flemish composers, bridged together various musical centers of Europe’s early 16th-century, being raised in Flanders, studying in Paris, and serving in the most refined princely courts of Italy. He later on became the godfather of the Venetian school, teacher of many composers from Rore to Gabrieli. These various influences make him a very original figure of its time, a master of all trades excelling in instrumental ricercari, large polyphonies and secular songs inspired by the Parisian tradition. This album, a digital premiere, offers a wide overview of Willaert’s art. It is performed by the talented Belgian musicians, Ensemble vocal de Bruxelles and Ensemble Polyphonies. The latter is actually one of the early musical acts of the Kuijken siblings Barthold, Wieland and Sigiswald, just before they founded the legendary Petite Bande!
192 kHz / 24-bit, 96 kHz / 24-bit PCM – Warner Classics Studio Masters