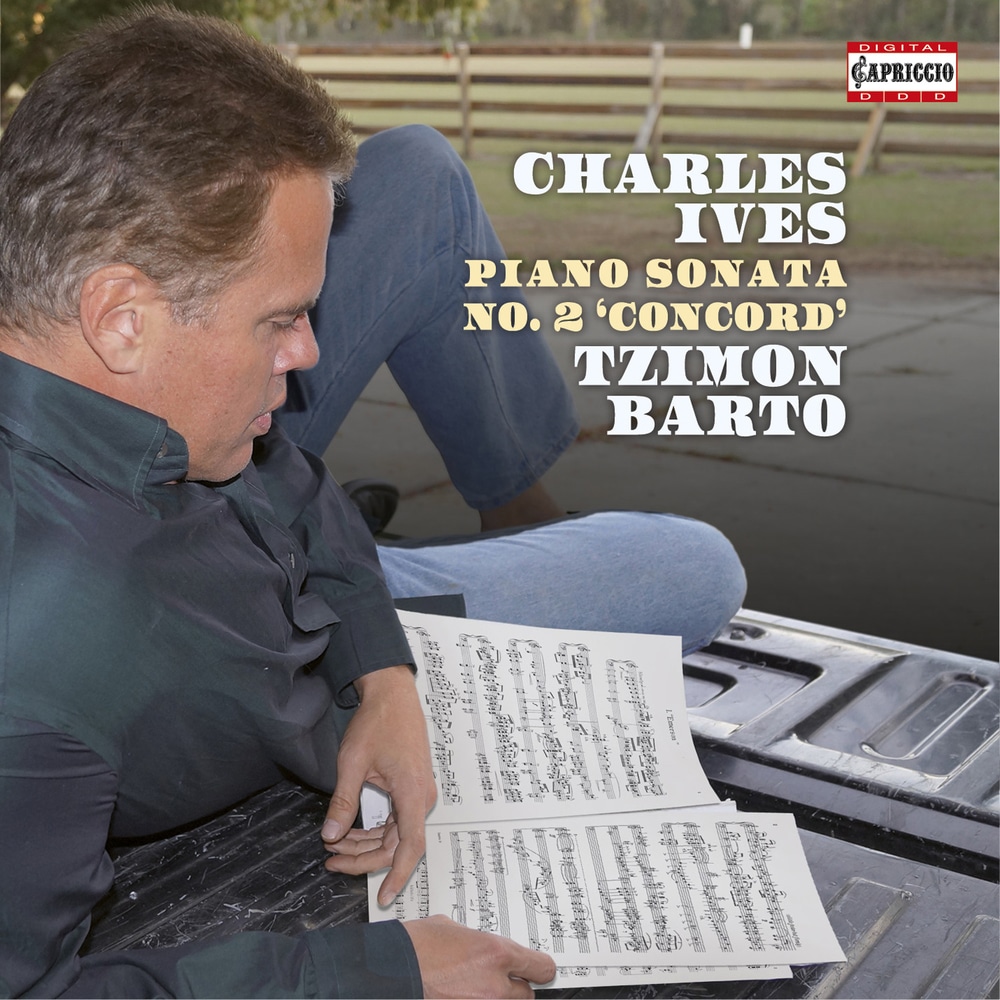 Available in 48 kHz / 24-bit AIFF, FLAC audio formats
"Tzimon Barto’s approach I would characterize as impressionist. He has a lovely tone and touch, and so is most successful in the third and fourth movements, particularly the third, which begins with an evocation of domestic music-making at the Alcotts’ house with the Beethoven five theme being the basis of what feels like an improvisation." - Stephen Barber, MusicWeb International "If the Thoreau fourth movement lacks the gentle animation and translucent textures distinguishing both of the Marc-André Hamelin recordings (not to mention his stricter adherence to Ives’ frequent tempo modifications), it’s hard not to be seduced by Barto’s ample sonority and prodigious color palette." - Jed Distler, ClassicsToday.com Pianist Tzimon Barto is known for his idiosyncratic but ingenius interpretations, making him an ideal performer of Charles Ives's Concord Sonata. He navigates the work's plentiful technical demands with a neo-impressionist perspective, bringing a new sensitivity to this bombastic piece of 20th-century piano music.
48 kHz / 24-bit PCM – CapriccioNR Studio Masters