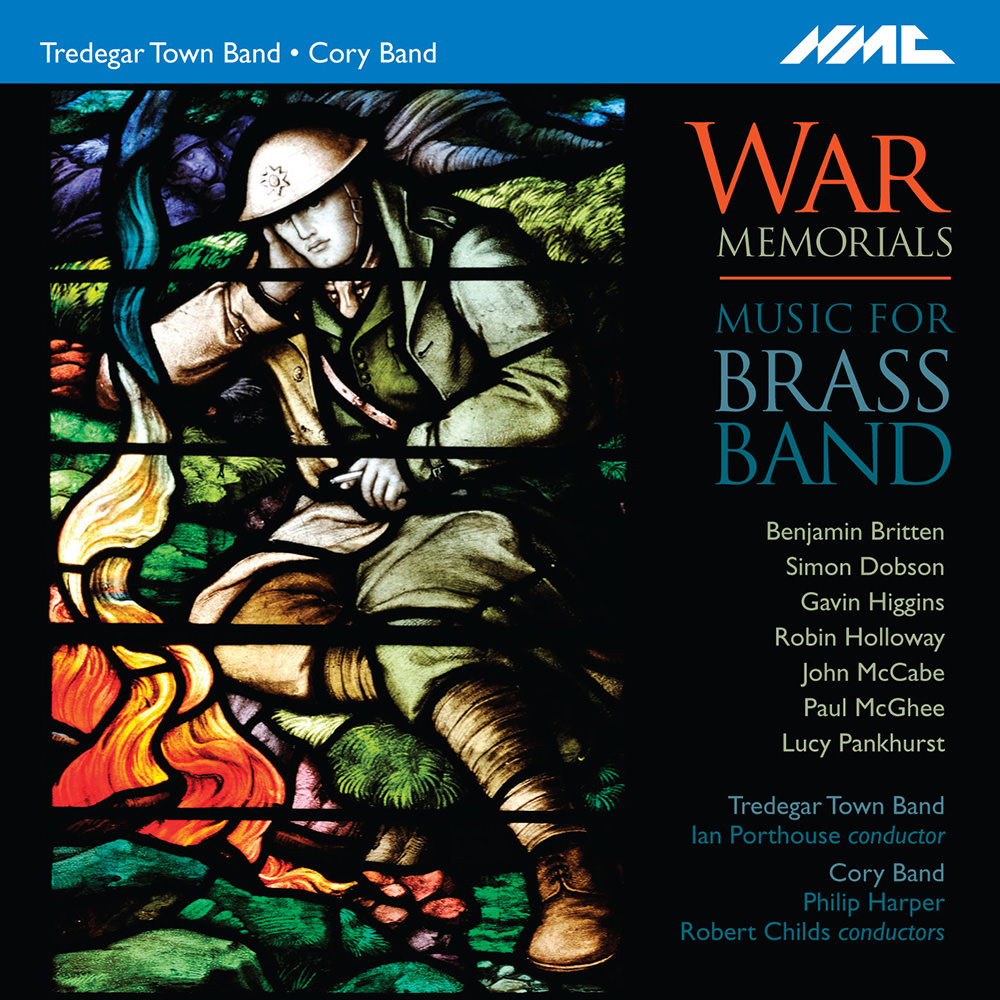 Available in 44.1 kHz / 24-bit AIFF, FLAC audio formats
Ian Porthouse conducts the Tredegar Town Band while Phillip Harper and Robert Childs lead the Cory Band on this rich collection of music for brass. The period between the two World Wars was prolific for brass with names like Elgar, Holst, Vaughan Williams, Herbert Howells, Arthur Bliss, John Ireland and others adding their voices to a growing repertoire. Unfortunately few of their compositions paid tribute to the loss of so many young lives, countless brass players among them. The War Memorials receiving their first recorded performances here are of more recent vintage, framed by Benjamin Britten, whose pacifist sympathies are enshrined in some of his finest works, the War Requiem being the most famous.
44.1 kHz / 24-bit PCM – NMC Recordings Studio Masters