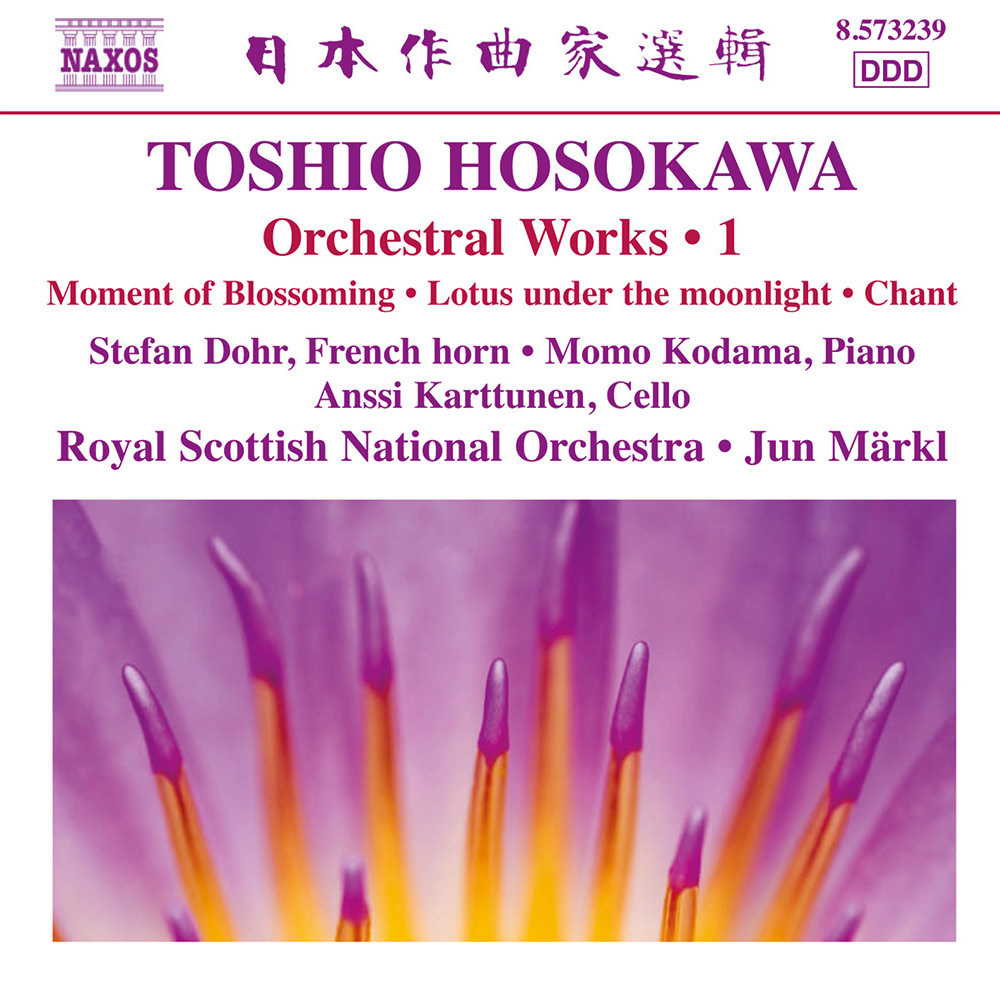 Available in 96 kHz / 24-bit AIFF, FLAC high resolution audio formats
"These are works of substance, well worth getting to know, bringing a real convergence of Western avant-garde and Japanese sensibility." - The Classical Reviewer The Royal Scottish National Orchestra under Jun Märkl perform three orchestral works by Toshio Hosokawa: Horn Concerto, Moment of Blossoming, his piano concerto Lotus under the moonlight (homage à Mozart) and Chant for cello and orchestra. The Horn Concerto was co-commissioned by the Berlin Philharmonic, the Concertgebouw of Amsterdam and London’s Barbican Centre. "Thus far I have composed several works on the theme of 'lotus' or 'blossoming' ... The lotus blossom is a mysterious flower of the East. The physical form of the blossoming resembles that of a human being at prayer. The closed bud of the lotus flower suggests the shape of human hands pressed together in prayer. Eastern people compare the blossoming of the lotus with the blossoming of the human being from within, and have continued to think of it in this way. Japanese artists have traditionally taken the connection between man and nature as a theme. I feel that they are seeking in art the ultimate dissolution of man into nature and the ecstasy of becoming one with it." - Toshio Hosokawa
96 kHz / 24-bit PCM – Naxos Studio Masters