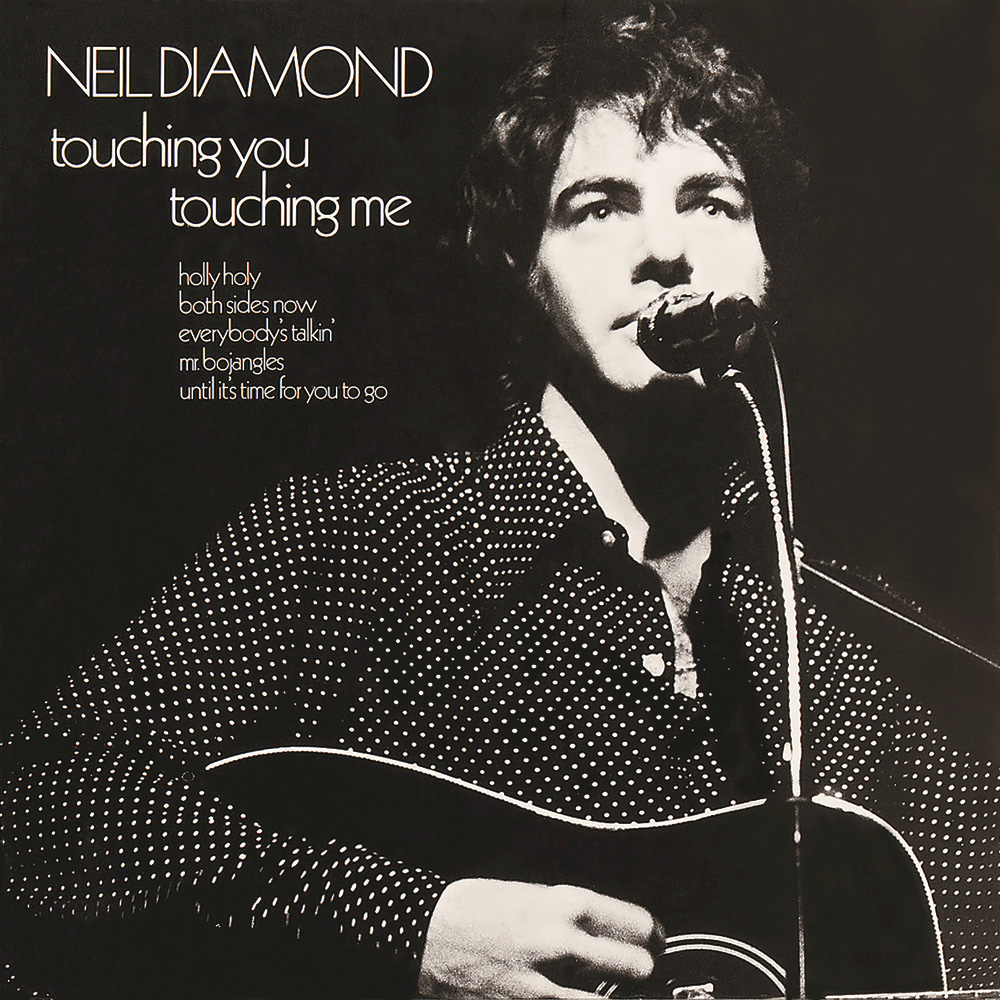 Touching You, Touching Me

"... Diamond was still proving to the world that he was no longer a Brill Building backroom boy: he was a full-blooded, theatrical performer with a stentorian voice you didn’t forget in a hurry ... Tom Catalano’s production and Lee Holdridge’s string arrangements allow the masculine Sturm und Drang of Diamond’s rough-tender vocals to eke every drop of sentiment from the ballads ... his own songs are as robust as ever ... Holly Holy is the album’s true centrepiece ... the heroic build of the simple effective structure and Neil’s titanic voice, which testified, as in all the best love songs, to both joy and yearning. You’d need a gnarly heart not to be touched by Diamond’s drive here."
- BBC Music