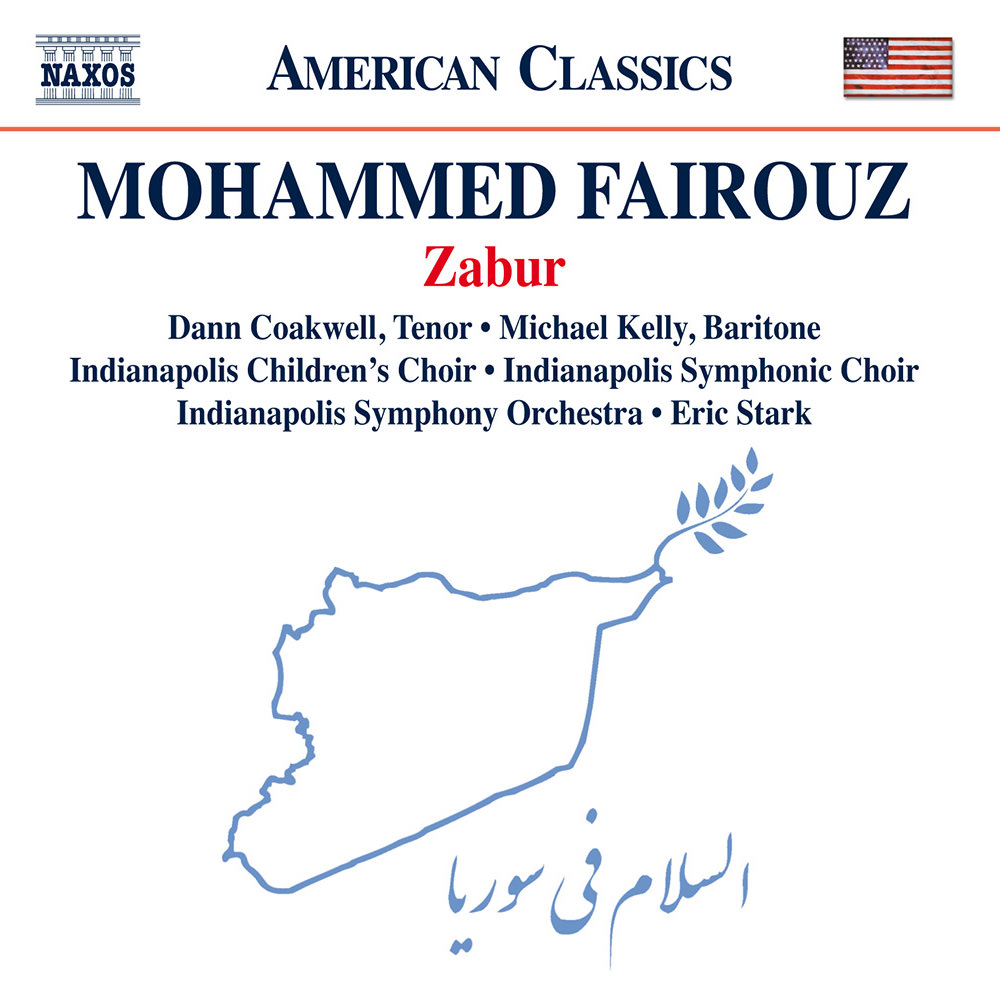 Available in 96 kHz / 24-bit AIFF, FLAC high resolution audio formats
Hailed by The New York Times as "an important new artistic voice" and by Gramophone as "a post-millennial Schubert," Mohammed Fairouz is one of the most significant contemporary composers of vocal music. His oratorio Zabur (Arabic for "Psalms") is a kind of war requiem documenting a conflict’s effects on human beings, most notably children. Though cast in a modern setting, in a city under siege, Fairouz evokes a timelessness, acknowledging tragedy while asserting an eternal, luminous hope that transcends the disastrous present. This world premiere recording features tenor Dann Coakwell and baritone Michael Kelly with the Indianapolis Children's Choir, the Indianapolis Symphonic Choir and the Indianapolis Symphony Orchestra, all led by Eric Stark.
96 kHz / 24-bit PCM – Naxos Studio Masters