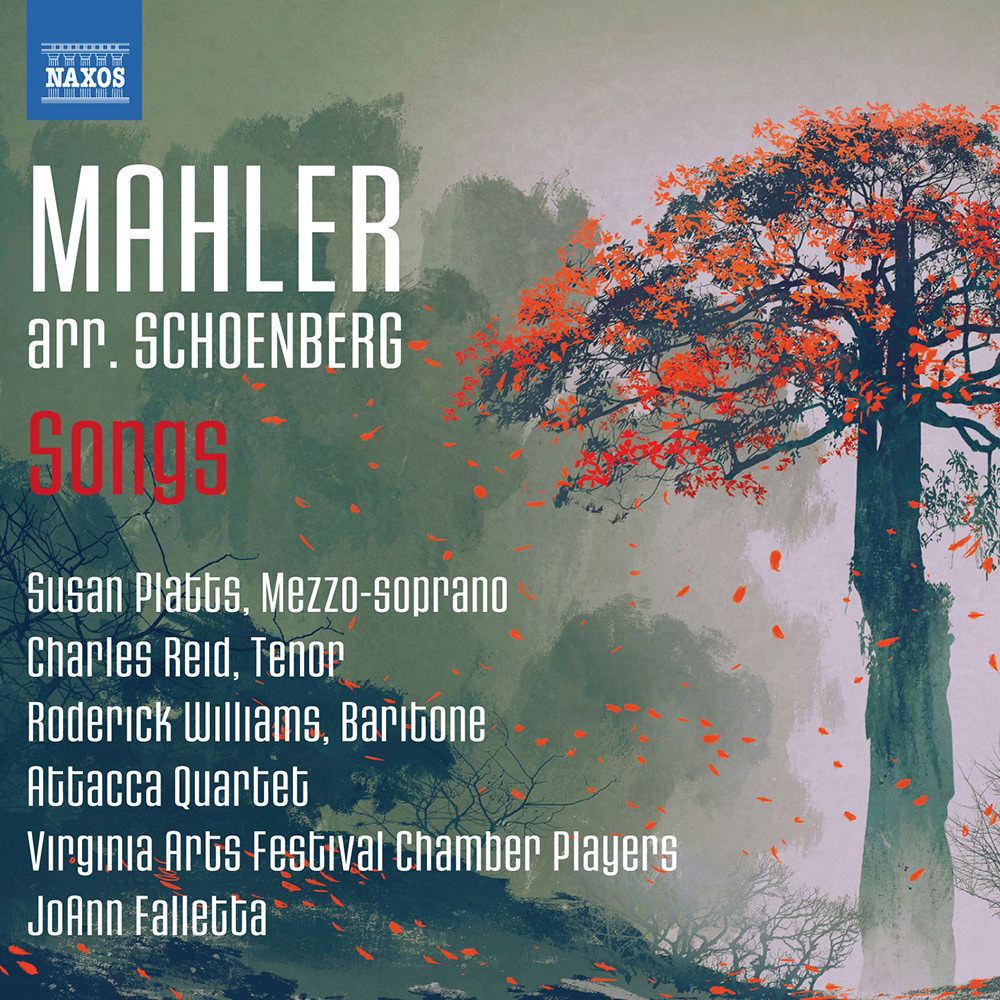 Mahler: Songs (Arr. by A. Schoenberg)

Available in 96 kHz / 24-bit AIFF, FLAC high resolution audio formats
Arnold Schoenberg founded the Society for Private Musical Performances in 1918 to perform contemporary compositions from "Mahler to the present." Mahler had been an early supporter of Schoenberg, who repaid the favour by arranging Mahler’s orchestral works for chamber ensemble and including them at the society’s concerts. The Schoenberg arrangements of Lieder eines fahrenden Gesellen and Das Lied von der Erde have proven popular over the years, but this release boasts an incomparable team of musicians. Grammy-winning JoAnn Falletta leads the multiple award-winning Attacca Quartet and the Virginia Arts Festival Chamber Players, baritone Roderick Williams, tenor Charles Reid and soprano Susan Platts, a celebrated and prize-winning Mahlerian soloist who has sung Das Lied von der Erde to great acclaim all over the world.
96 kHz / 24-bit PCM – Naxos Studio Masters