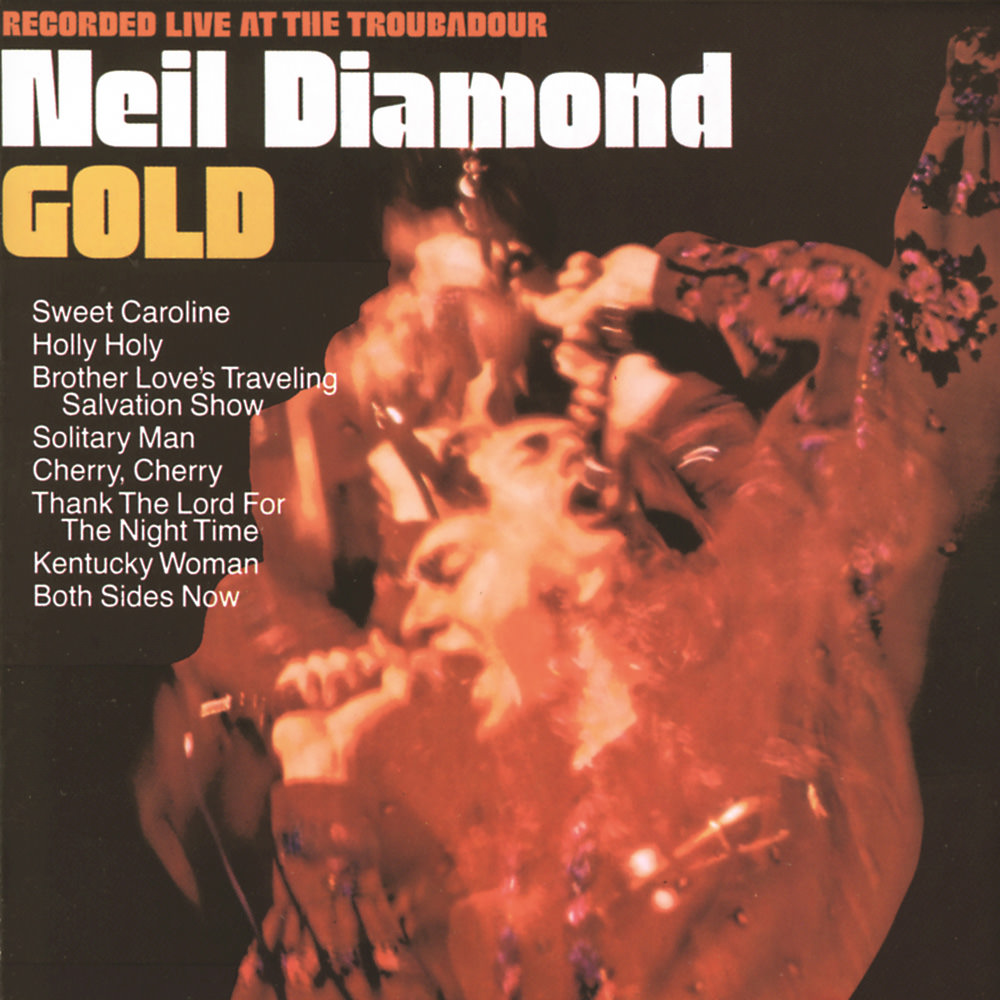 Available in 192 kHz / 24-bit, 96 kHz / 24-bit AIFF, FLAC high resolution audio formats
Billboard 200 - #10, 1970 UK Albums Chart - #23, 1970 "... probably his best album ... all his best songs, from early and late, with something added. Gold is recorded live and he comes across much better on this record than he does on his singles ... has guitar, bass and drums, with some backup singing. It does the world for him. He's forced to add a little more to his voice and it's worth it, even if it produces some excess. His looseness reveals a potent singer ... the version of Kentucky Woman he does is the best one I've ever heard. In fact, all his get-it-on songs ... sound better for being reduced to a kind of whoop and holler presentation ... frequently, it just hits the spot ... Gold is a record I've had for quite a few months, played fairly often and plan on keeping ... it's definitely worthwhile. Especially side two." - Rolling Stone Recorded at the intimate Troubadour in West Hollywood in 1970, this double platinum, top 10 live album captures Neil Diamond just as he was making the transition from clubs to larger theatres and arenas. The setlist includes all his hits to that point, performed by a stripped-down band consisting of guitar, bass and drums with three backing vocalists.
192 kHz / 24-bit, 96 kHz / 24-bit PCM – Geffen Studio Masters