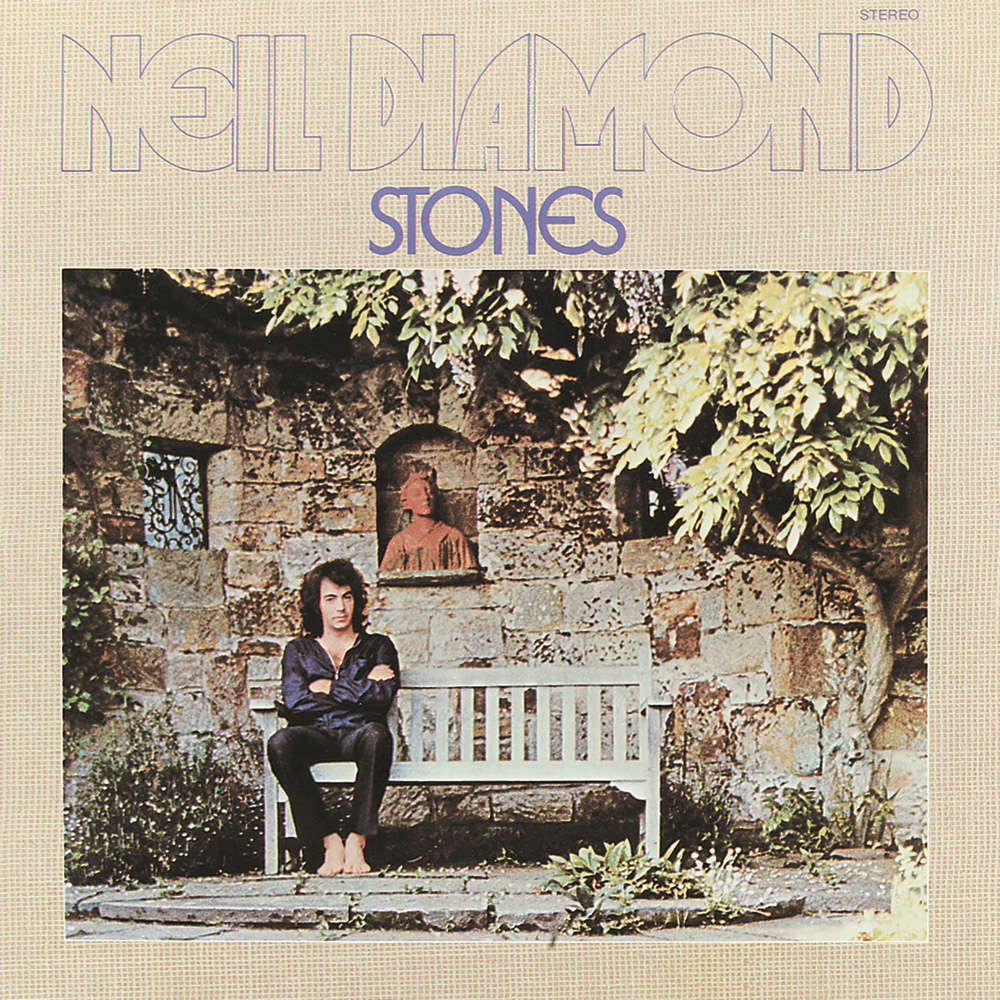 "Diamond has a beautiful LP here ... each cut is super; the Tom Catalano production, Lee Holdridge arrangements and Diamond's performance create an LP that will be one of the best-selling of the year."
- Billboard

"... he blew my mind with other people's songs. If you have just lost your guy or gal and you get it on with this record, you're going to do a lot of crying ... he does though bring you joy with the best rendition of Joni Mitchell's Chelsea Morning I've ever heard."
- Hit Parader

"... Neil has proved himself as a performer and that after six years of writing his own hit singles has earned himself the option to record an album of somebody else's material ... Neil's versions begin to stand on their own and can be evaluated for what they are ..."
- Rolling Stone

Neil Diamond's 1971 release Stones remains among his most successful and popular albums, due in no small part to the Grammy-nominated top five hit single I Am...I Said and the title track. Unusually, the accomplished songwriter chose to include several covers alongside his own originals, including selections by Joni Mitchell, Leonard Cohen, Roger Miller and Randy Newman.
192 kHz / 24-bit, 96 kHz / 24-bit PCM – Geffen Studio Masters