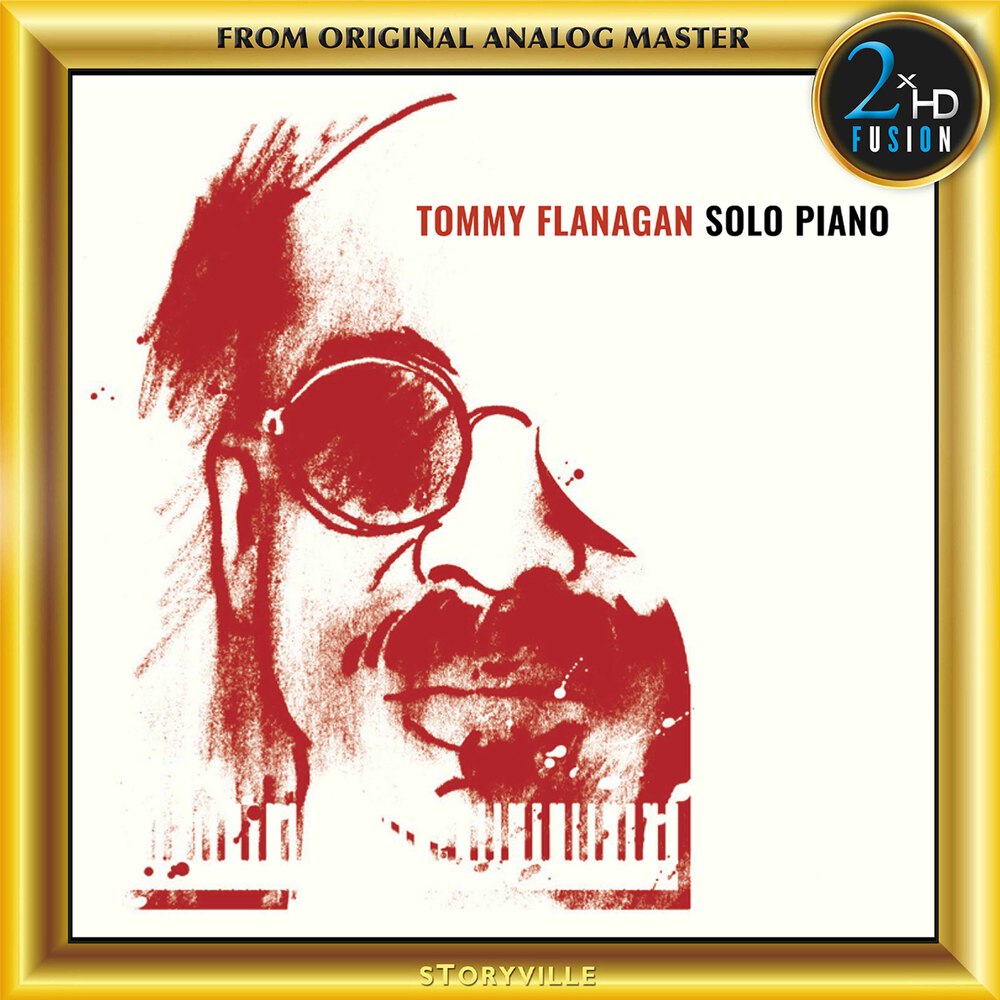 Available in 352.8 kHz / 24-bit, 192 kHz / 24-bit, 96 kHz / 24-bit AIFF, FLAC and 11.2896 MHz, 5.6448 MHz DSD high resolution audio formats
Tommy Flanagan was known for his tasteful, flawless and swinging piano playing. He added class to every session that he was involved with and fortunately it was well documented during the latter part of his career. Solo Piano was not initially released until decades after its 1974 recording. It is significant historically because this outing was the pianist’s first recording as a leader in 13 years and, most importantly, because it is very good music. Until the long delayed release of Solo Piano, it was believed that Tommy Flanagan’s “comeback” began with 1975’s The Tokyo Recital for the Pablo label and that his only full-length album of unaccompanied piano solos was 1977’s Alone Too Long which was released by Denon in Japan. Solo Piano forced a slight readjustment of the jazz history books and, most importantly, offers listeners some very enjoyable music from the great pianist. It also includes a few surprises, particularly for those listeners who think of Flanagan as primarily a bop stylist. By the time Tommy Flanagan left Ella Fitzgerald’s backup band in 1978, his series of trio recordings had reminded the jazz world that he was a brilliant and very musical pianist. He worked steadily during the next 23 years, touring Europe and Japan while being based in New York and remaining one of the most consistently satisfying of all jazz pianists. Flanagan passed away on Nov. 16, 2001 at the age of 71 but he has never been forgotten. Tommy Flanagan is remembered with love, respect and admiration for his playing and his classy nature. Solo Piano adds to his impressive musical legacy. This special edition of Solo Piano features 2xHD's patented, state of the art analog remaster and high-fidelity digital transfer. It is the most accurate and the most musical mastering system available today, earning recognition from peers and from the specialized trade publications around the world.
352.8 kHz / 24-bit, 192 kHz / 24-bit, 96 kHz / 24-bit PCM and 11.2896 MHz, 5.6448 MHz DSD – 2xHD - Storyville Records Studio Masters