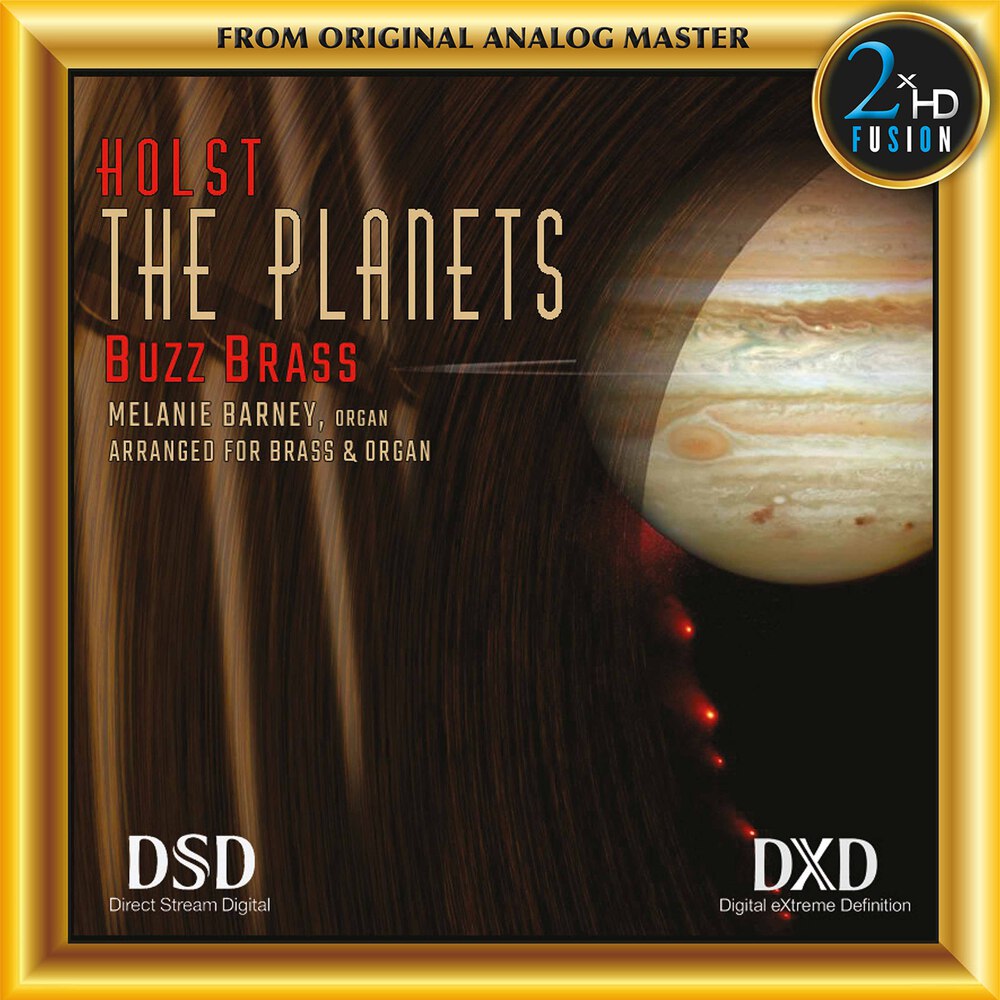 Available in 192 kHz / 24-bit, 96 kHz / 24-bit AIFF, FLAC and 11.2896 MHz, 5.6448 MHz, 2.8224 MHz DSD high resolution audio formats
In spite of the strong influence of composers from continental Europe in Great Britain, Gustav Holst (1874-1934) developed an entirely original musical style, English if ever there was one, on the fringe of his period's production. Founded in the Fall of 2002 under the initiative of Mr. Sylvain Lapointe, the Buzz Ensemble has given itself the mission of promoting chamber music for brass ensemble. Buzz confirms with this third recording the seriousness and the rigour of its approach as well as its intrinsic musical qualities and its artistic sensitivity. This recording is presented via 2xHD's patented, state of the art analog remaster and high-fidelity digital transfer. It is the most accurate and the most musical mastering system available today, earning recognition from peers and from the specialized trade publications around the world.
192 kHz / 24-bit, 96 kHz / 24-bit PCM and 11.2896 MHz, 5.6448 MHz, 2.8224 MHz DSD – 2xHD Studio Masters