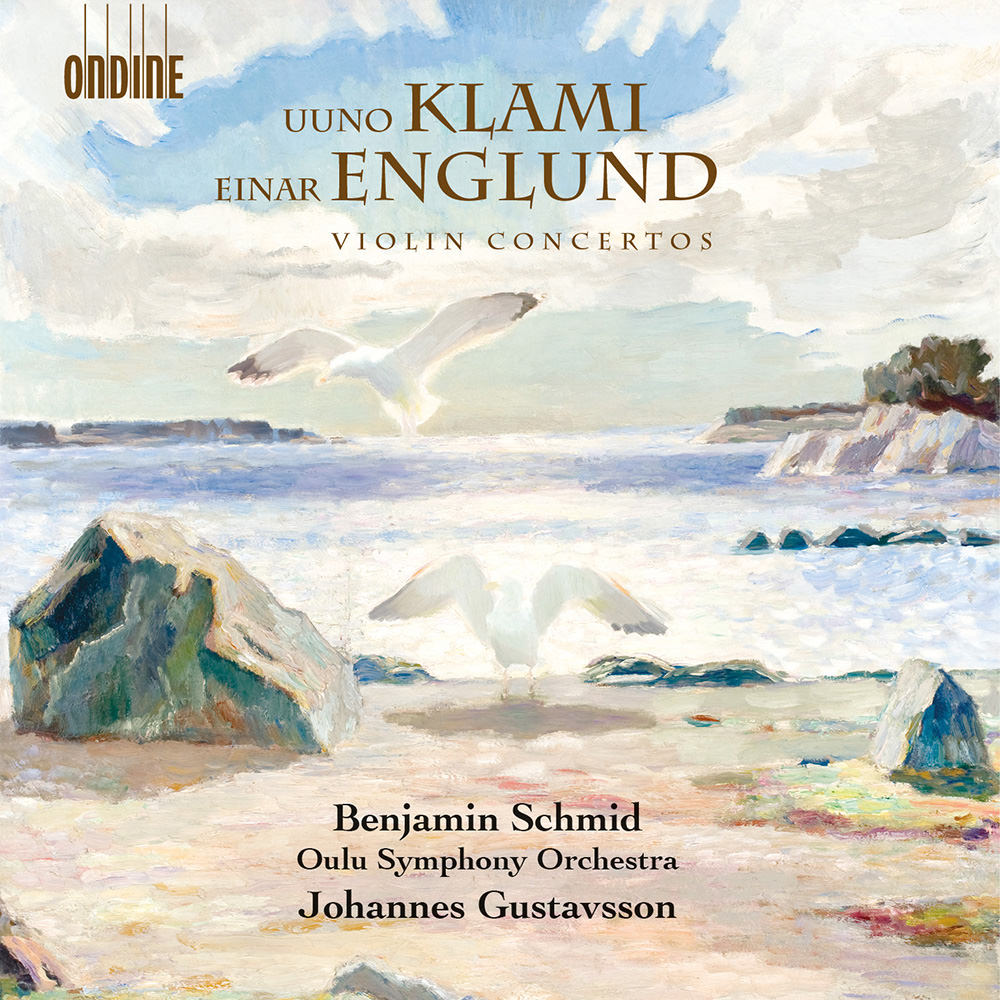 Available in 96 kHz / 24-bit AIFF, FLAC high resolution audio formats
The violin concertos by Finland's Uuno Klami and Einar Englund presented on this album are 20th century masterpieces of the genre, both overshadowed until now by their compatriot Jean Sibelius's hugely popular Violin Concerto. Klami's concerto, composed and lost during World War II, was rewritten in 1954. Englund is considered among the most influential voices in contemporary Finnish music during the decades following World War II. His concerto from 1981 is one of his most lyrical compositions but rarely played live or recorded. Award-winning violinist Benjamin Schmid delivers impressive performances of the two works accompanied by the Oulu Symphony Orchestra under chief conductor Johannes Gustavsson.
96 kHz / 24-bit PCM – Ondine Studio Masters